Enter For Chance To Receive An Eagle License Plate 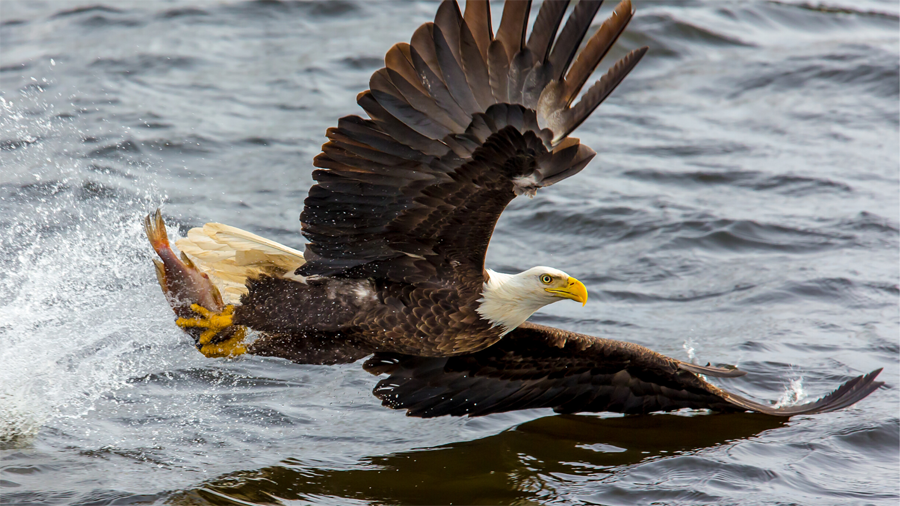 MADISON, Wis. - In honor of the 15th Annual Endangered Species Day, Wisconsinites can test their endangered species knowledge and enter a drawing for a bald eagle license plate.

The drawing for five Endangered Resources license plates will be random and not tied to the number of questions entrants answer correctly. Learn more about the giveaway rules and an alternate method of entering to win a plate.

"Wisconsin's made great strides in protecting and restoring rare species, so we want to recognize these gains and also recommit to working together to preserve a natural legacy for our kids and grandkids," said Drew Feldkirchner, the DNR Natural Heritage Conservation Program Director. "Nature, now more than ever, is important for healthy families and a healthy planet."

Bald eagles, trumpeter swans and osprey are just a few of the endangered species restored in Wisconsin since state and federal endangered species laws were passed in the early 1970s. Those laws, along with a ban on the pesticide DDT, river cleanups and public and private investment in conservation made the comebacks possible and kept hundreds of other species from vanishing from Wisconsin.

The bald eagle license plate is a fundraiser for work by the DNR's Natural Heritage Conservation staff to protect and restore endangered species and state natural areas. Purchasing this plate or a wolf design plate requires an extra $25 on the vehicle registration fee and goes to the Endangered Resources Fund.

Endangered Species Day exists because globally and in Wisconsin, there is more work to be done to save native plants and animals. A widely publicized 2019 United Nations biodiversity report estimated that 1 million species could go extinct in coming decades if action is not taken to reduce factors driving decreasing populations: