Remember Endangered Wildlife at Tax Time and Your Donation is Doubled 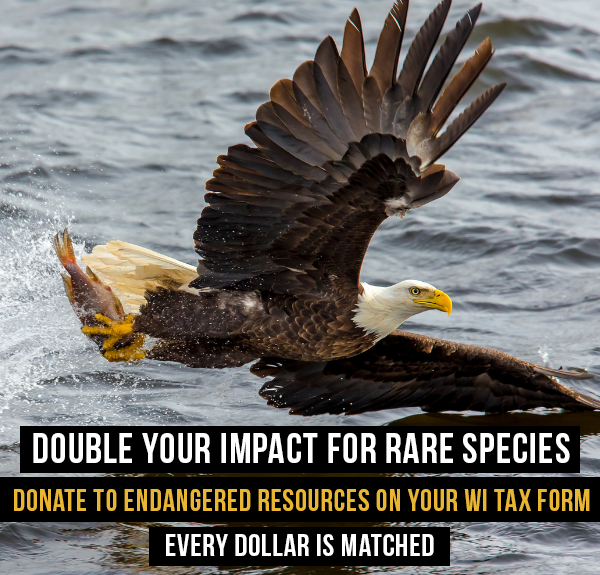 Donors' gifts are doubled by the state and go directly to conserve rare species and State Natural Areas. Look for the "donations" section on your tax form (line 35a on Form 1) or your tax preparation software. You can also let your tax preparer know you want to make a donation to the Endangered Resources Fund.

"Donors' contributions to the Endangered Resources Fund have helped bring back bald eagles, trumpeter swans and many other species while keeping hundreds of native wildlife and plant species from disappearing from Wisconsin forever," said Drew Feldkirchner, the DNR's Natural Heritage Conservation Program Director. "We are grateful to everyone who donated in past years and ask you to donate again. We also invite first-time donors to make a gift. You'll find that donating through your tax form is quick, easy, and all donations are matched, doubling your impact." 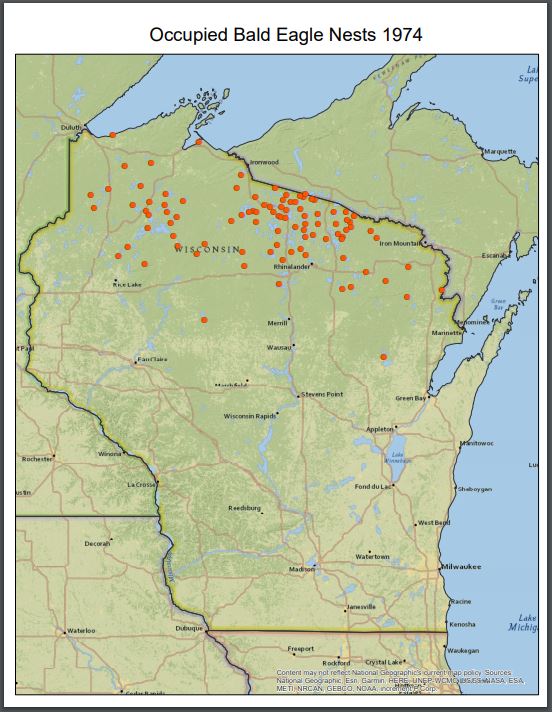 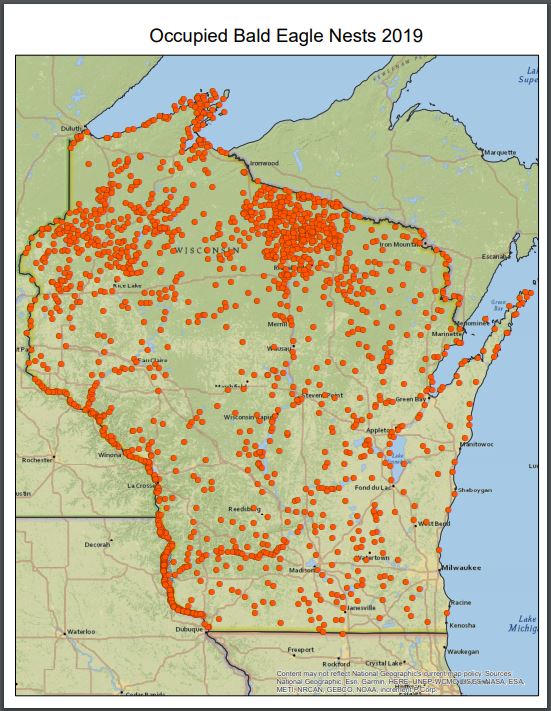 Bald eagle nests in 2019. Bald eagles have made a spectacular comeback thanks in part to Wisconsinites' donations on their state income tax forms to help fund nest monitoring and protection efforts.Photo credit: DNR

In Wisconsin, more than 400 wildlife species and 300 plant species are endangered, threatened or declining. Donations to the Endangered Resources Fund pay for work by DNR Natural Heritage Conservation staff to locate, identify and monitor these rare populations, to coordinate, train and fund volunteer surveyors, and to protect and restore habitat for endangered, threatened and declining species.

Threats to native species continue to mount in Wisconsin and worldwide. Plant and animal species are vanishing at tens to hundreds of times faster than average over the last 10 million years, according to a widely publicized United Nations biodiversity report last year.

One million species could go extinct in coming decades, the report concludes, if action is not taken to reduce factors leading to their decline: habitat loss or degradation, the direct killing of species, climate change, pollution, and invasion by nonnative plants, animals and pathogens.

To learn about gains for rare species and State Natural Areas made possible by the conservation work of the DNR's Natural Heritage Conservation staff, partners and volunteers, please read NHC's 2019 Field Notes.

Donations also help DNR control invasive species and conduct other activities to maintain hundreds of State Natural Areas, which protect unique landscapes and natural features like the canyons of Parfrey's Glen and old forests. These unique places also provide refuge to 75% of endangered and threatened wildlife species, and 90% of endangered and threatened plant species.

Visit the DNR website for more about donating to the Endangered Resources Fund through Wisconsin income tax forms and how that donation will benefit rare wildlife, plants and State Natural Areas.