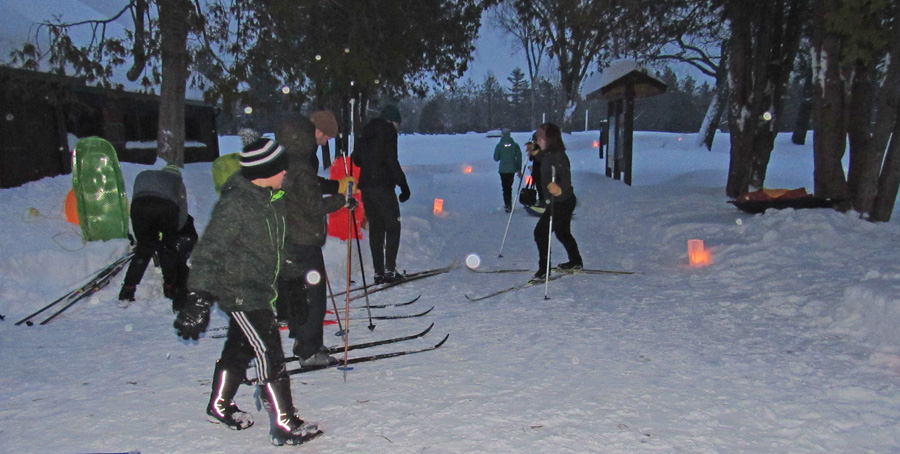 A candlelight ski and snowshoe hike is a highlight of Winterfest at Pattison State Park.Photo credit: DNR 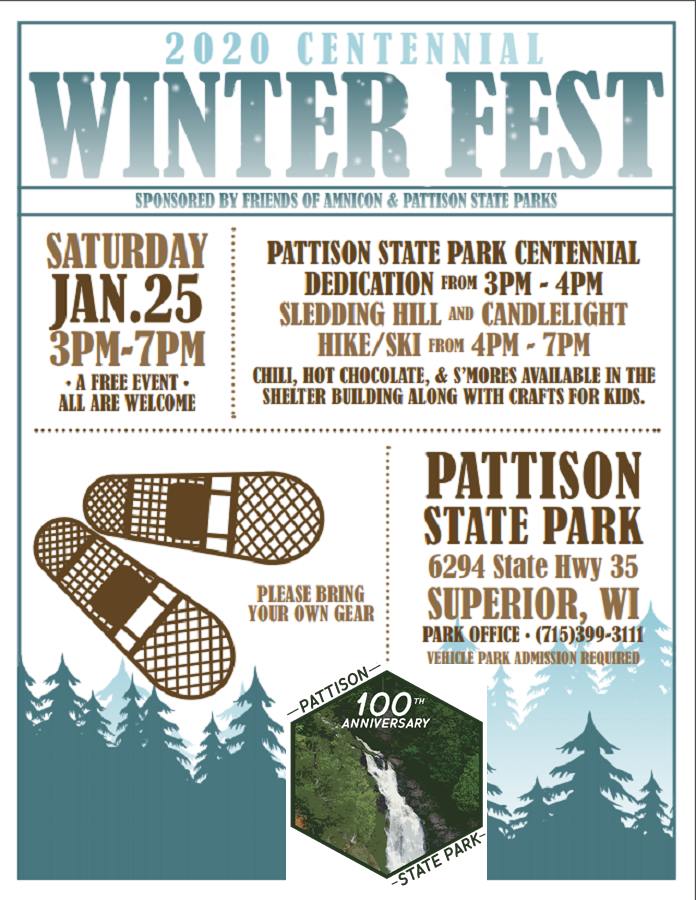 SUPERIOR, Wis. - Pattison State Park is celebrating 100 years since its designation as a state park. On Saturday, Jan. 25, the Wisconsin Department of Natural Resources and the Friends of Pattison and Amnicon Falls State Parks will kick off a year-long celebration honoring the 100th anniversary with Winterfest.

The park is named after Martin Pattison, an early lumber man and miner who made a fortune in iron mining in Minnesota. When Pattison learned of a plan to build a hydroelectric dam on the Black River that would destroy the 165-foot high Big Manitou Falls, he purchased the land around it with the intent of donating it for a park.

In the 1930s, the park was home to a Civilian Conservation Corps or CCC Camp. Young, single, unemployed men were put to work on conservation projects including putting in sewer and water systems, planting trees, and building the park's iconic shelter building, bath house, and former office building.

Record-setting rains in June 2018 resulted in flooding that washed out the dam that formed Interfalls Lake in the park and closed the section of Highway 35 that went over the dam. Flooding also caused extensive damage to roads, trails and other facilities in the park.

A temporary repair of the dam allowed Interfalls Lake to refill in July 2019. Although most trails and roads have been repaired, the Wisconsin State Park System will begin a $1 million trail restoration project this summer. Plans for more permanent repairs to the dam will begin within the next few years, as well as an investment in shower building replacements and upgrades to the CCC buildings to continue the development of this historic park.

The Friends of Pattison and Amnicon Falls State Park are hosting several Centennial events this year, including a fundraiser for a centennial gazebo overlooking the lake and a future accessible rustic cabin in the campground. 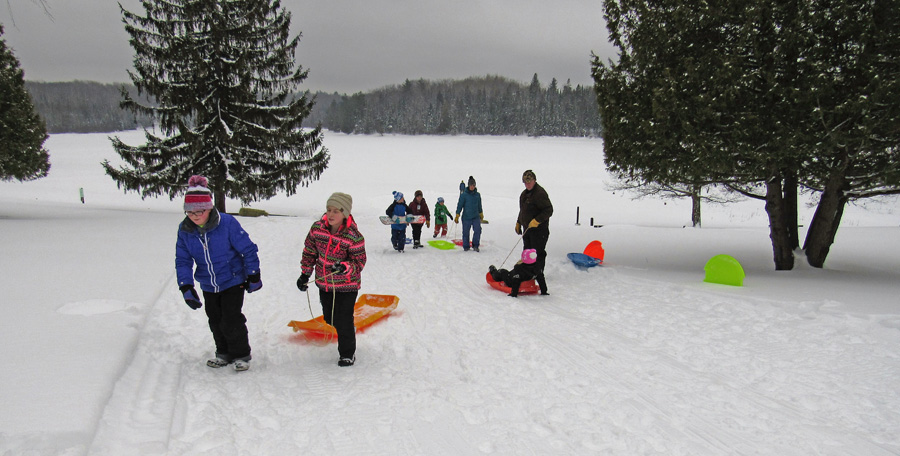 The sledding hill is popular with the younger crowds at Winterfest.Photo credit: DNR

The year-long Centennial celebration starts with Winterfest, which includes the dedication of a Centennial plaque at 3 p.m., and winter activities including sledding, hiking snowshoeing, cross-country skiing, a snowshoe race and ending with a candlelight ski and snowshoe hike at dusk. Refreshments will be available in the historic shelter building that will have fires going to warm visitors.

Other events throughout the year include: "Good Ol' Family Picnic" on June 20, "Voyager's Encampment" in the main picnic area Sept. 5, 6, and 7, and "Colorama" Art and Craft Show Sept. 26-27. The park will also host runs and other activities.

Information on these events are available on the Get Outdoors calendar of the DNR website, at the Park office, or call 715-399-3111.