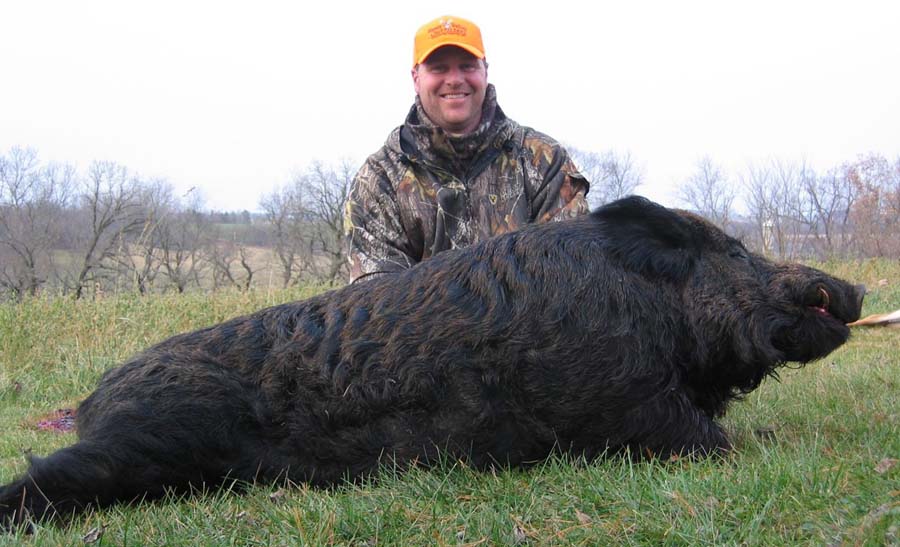 When intending to harvest a feral pig, hunters should be sure that the animal is feral and not recently escaped livestock. Hunters and the public are encouraged to report any feral pig sightings to the DNR.Photo credit: DNR

Feral pigs can be found across a wide variety of habitats and are highly destructive because of the rooting they do in search of food. They are also efficient predators, preying on many species, including white-tailed deer fawns and ground-nesting birds like grouse, woodcock, turkeys and songbirds. Feral pigs are known to carry several diseases dangerous to humans and the domestic swine industry, including swine brucellosis, pseudorabies and leptospirosis.

"Each year, we receive reports of feral pig sightings and harvests from around the state," said Liz Tanner, DNR wildlife damage program assistant. "Fortunately, most of these reports turn out to be domestic pigs that have escaped confinement. However, any report of potentially feral pigs is of interest and concern given the negative impacts they can have on the environment, crops and our domestic swine industry."

Feral pigs have been defined as pigs "existing in an untamed or wild, unconfined state, having returned to such a state from domestication" and living in an unconfined environment, outside of an enclosure for more than seven days.

While the DNR encourages the removal of feral pigs whenever possible, Tanner cautioned that before shooting, "landowners and hunters need to be sure the pigs meet the definition of feral and they are not a neighbor's domestic pig that may have just recently escaped. Hunters could be liable for the replacement cost of the pig if they are domestic."

For removal purposes, feral pigs are currently considered unprotected wild animals and may be hunted year-round. Feral pig hunting hours are the same as for deer during the nine-day season. During the rest of the year, there are no hunting hour restrictions for feral pigs.

There is no bag limit on feral pigs, and landowners may shoot feral pigs on their property without a hunting license. Anyone else can shoot a feral pig so long as they possess a valid small game license, sport license or patron license and have landowner permission if they are on private land.