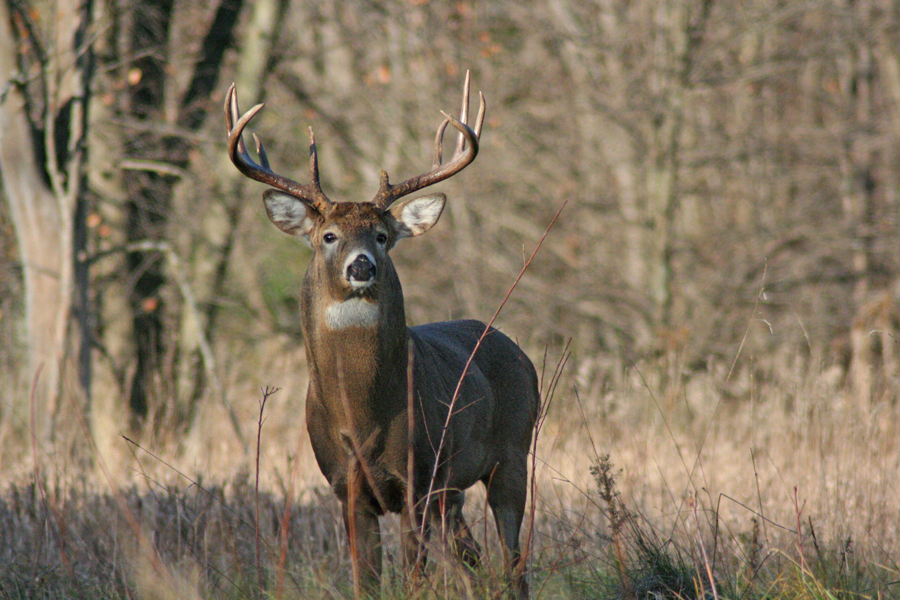 EHD, a Disease with No Threat to Humans Can be Fatal in Deer, Though Impacts to Deer Populations are Short-lived

MADISON, Wis. - State wildlife officials have confirmed that tissue samples collected from three deer in Crawford County and two deer from Richland County have tested positive for the virus that causes epizootic hemorrhagic disease, or EHD. Department of Natural Resources staff confirmed the occurrence of the disease after citizens in Crawford County reported recent observations of small groups of dead deer.

In addition to the three confirmed cases, wildlife staff suspect approximately 100 animals have died from EHD in Crawford County as of Sept. 20, based on clinical signs and proximity to other deer that have tested positive for the EHD virus. Staff members are following up on additional, unconfirmed reports of dead deer in Crawford County. EHD also contributed to the death of a fawn being monitored as part of the Southwest Wisconsin Deer and Predator Research Project in Iowa County. No additional suspect cases have been reported from Iowa County.

DNR staff members are also investigating reports of groups of dead deer from surrounding counties, and results from deer sampled in Sauk County are expected within the next week. The virus that causes EHD, epizootic hemorrhagic disease virus is a relatively common virus carried by midges, small flies, also known as biting gnats or no-see-ums. The EHD virus does not infect humans, according to health specialists. People are not at risk when handling infected deer, eating venison from infected deer, or being bitten by infected midges.

EHD can be fatal, especially in deer populations that have limited exposure to the virus, such as in Wisconsin. When deer die of EHD, they typically die within seven days of infection. Localized effects on deer numbers can vary in scale. Wisconsin saw one confirmed case with no additional or suspect cases in 2017. In 2012, an EHD outbreak was suspected of killing approximately 380 deer. At that time, most deaths were reported in Columbia and Dane counties.

EHD is prevalent across the southern and western United States, occasionally showing up in the Midwest. This year, outbreaks of EHD have been reported in Iowa and Indiana, and Minnesota confirmed the disease in wild deer for the first time. The disease is typically short-lived as the flies that transmit the disease die with the first hard frost.

"We are fortunate that the public is tuned into our deer and was quick to report these small pockets of infection mortality," said DNR Wildlife Management Southern District Supervisor Bret Owsley. "We hope the public will continue reporting observations of sick or dead deer. These observations will help us more clearly understand the geographic distribution and number of deer affected by this disease. This will be valuable information to inform management decisions for future years and provide a better understanding of the overall impact of the disease on our deer population."

Individuals who observe deer exhibiting the following signs are encouraged to report their observations to the DNR:

Wildlife officials say that deer carcasses can be left on the landscape to decompose as the virus does not survive. The DNR will not be collecting or removing deer suspected of having died from EHD.

To report a first-hand observation of a single dead deer found near water or groups of dead deer, contact a county wildlife biologist. Fresh samples need to be collected within a day or two of death to be useful for detecting the virus. Please be prepared to provide details about the condition of the deer, the exact location where the deer was observed, and the condition of any carcasses. To learn more about EHD, visit the DNR website and search for "wildlife health." Then click on "diseases and conditions."