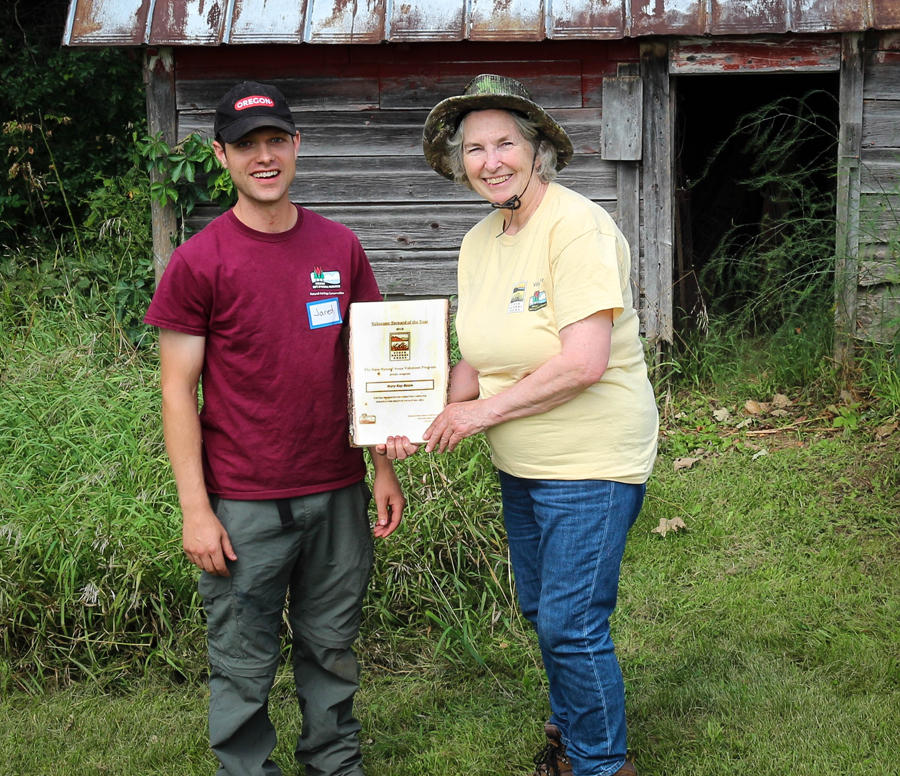 RIDGEWAY, Wis. - Mary Kay Baum - a well-known community organizer, lawyer, school board member, county board member, ordained minister and one-time mayoral candidate in southern Wisconsin - has earned another title: 2019 Steward of the Year for her work caring for a remnant pine forest surviving from the Ice Age.

She is a founding member and president of Friends of the Ridgeway Pine Relict (exit DNR), which supports the 550-acre state natural area. The site preserves a "relict" ecosystem from the Ice Age; red and white pine still cling to sandstone cliffs and northern plant species cover the ground, along with southern plant species, oak savanna and restored prairie from more recent geological times.

"Mary Kay is skilled at promoting the things that make Ridgeway Pine Relict special due to her enthusiastic spirit," says Jared Urban, who coordinates the SNA volunteer program. "Her enjoyment of nature and ability to capture it in photographs is inspiring. She also has been good at involving others who help her accomplish ecological restoration goals." 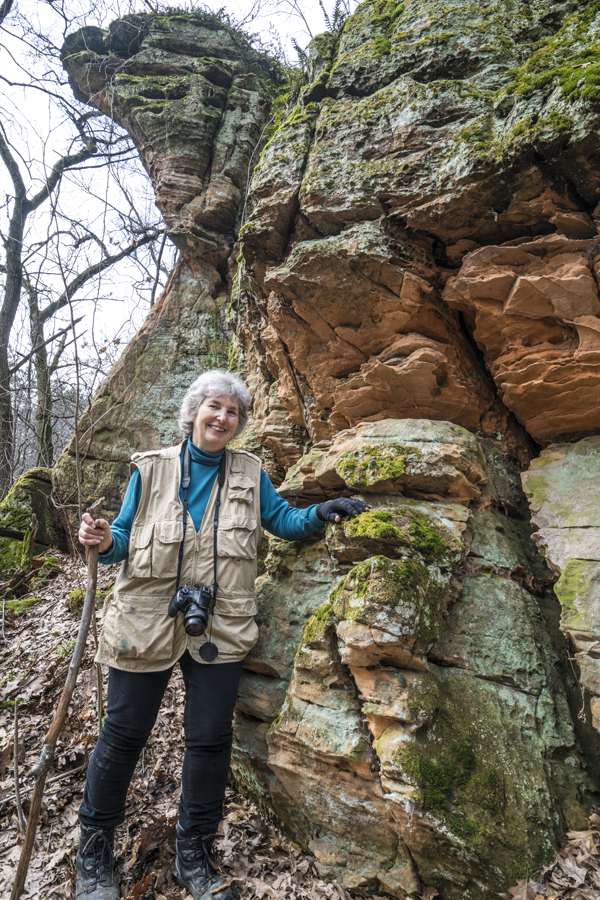 Since 2015, Baum has shared the site's beauty with others through her photography and educational talks at local locations. "She helps organize regular workdays to remove invasive species, collect and sow prairie seeds, and knows how to take care of people by bringing the treats (banana bread is a staple) and offering appreciation," Urban said.

Baum has found ways to include senior citizens with cognitive challenges, youth, and residents in caring for the site. Early onset Alzheimer's disease affected her mother and an aunt, and Baum herself suffered cognitive and physical changes due to an underlying epileptic syndrome. Medication and lifestyle changes have successfully controlled the syndrome and Baum credits her time at Ridgeway Pine Relict State Natural Area with playing an important role as well.

In accepting the award, Baum thanked the volunteers working on Ridgeway Pine Relict, and Urban for his guidance.

"I accept this award on behalf of all those many who conserved this area in the past and who work now for its conservation," she said. "To lose hope now would be so strange to our parents and grandparents.... But to decide to imagine conservation and resilience and to act together for that - is what our children and children's children count on."

She also thanked volunteers attending the picnic from across the state, "for treating me the way a person with a disability should be treated. You may have noticed I often have trouble finding my words, but you recognize that I am still able to contribute and even to lead sometimes."

Read more about Mary Kay Baum and other volunteers in "Preserving pine relicts a prescription for good health" in the February 2017 Wisconsin Natural Resources magazine.

Since 2011, Wisconsin's State Natural Areas Volunteer Program has grown to include 36 volunteer groups; in 2018, these groups had a direct impact on 3,296 acres at 43 state natural areas, representing $126,949 in value.

Learn more about the volunteer program, find a listing of upcoming volunteer workdays, and sign up for email notices of workdays by searching the DNR website, dnr.wi.gov, for "SNA volunteer."