MADISON -- Boaters, paddlers, anglers and swimmers, as well as shoreline property owners, are put at risk when boat operators throttle up and leave wakes in their paths - forcing others on the water to react quickly to the sudden rough water that slams other vessels and crashes into the shorelines.

The Wisconsin Department of Natural Resources is joining the Minnesota DNR in a public campaign urging all boaters to be aware of the risks and problems caused by boat wakes and to take steps to reduce big wakes. 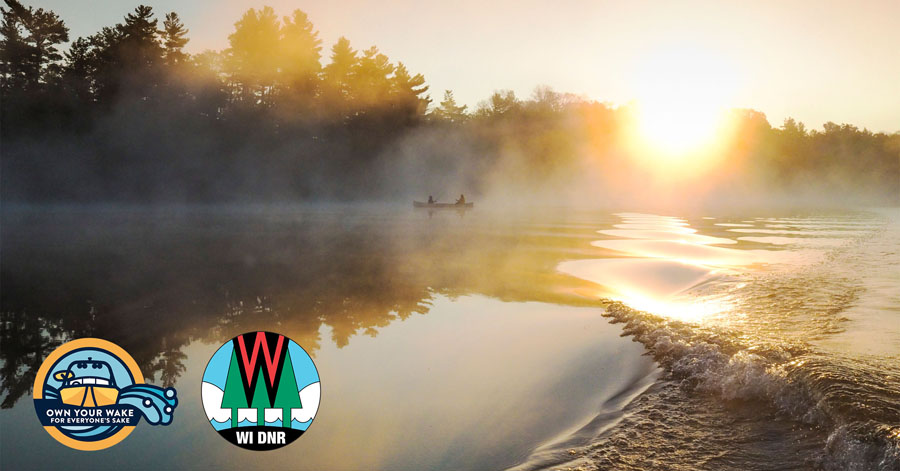 Others are sharing the waters-- watch your speed to keep wakes in check. Safety is part of the fun - and it is everyone's role!Photo credit: Contributed

Driven by a growing number of calls and complaints about excessive wakes, both states launched an educational effort urging people to "Own Your Wake - for everyone's sake." The to spread the word about the importance of minimizing wakes that might pose a nuisance or hazard to others.

Anyone with information regarding natural resource violations, may confidentially report by calling or texting: VIOLATION HOTLINE: 1-800-TIP-WDNR or 1-800-847-9367. The hotline is in operation 24 hours a day, 7 days a week. Trained staff relay information to conservation wardens.

"Wisconsin is known for its abundant waters that are destinations for all types of outdoor enthusiasts. Sharing our resources keeps it fun and safe for all - and that means operating with the other vessels in mind," said Todd Schaller, Wisconsin DNR Chief Conservation Warden.

The summer boating season with a mixture of speedboats, fishing boats and "wake boats" has given rise to increasing concerns around large wakes and the problems they can cause. (Wake boats sit low in the water and produce big waves that someone being towed can surf.)

Common wake complaints in the summer include damage to shoreline properties, docked boats as well as paddlers and swimmers who get caught in the wakes' rollers.

"One person's boating fun should not cause safety concerns and damage for others," Schaller said. "We hope boaters understand the impacts of boat wakes and voluntarily comply with existing rules and basic principles of on-the-water courtesy, to own your wake for everyone's sake."