WINTER, Wis. -After the Department of Natural Resources' successful winter capture effort in Kentucky, more than 60 elk await release from their acclimation and quarantine pen into their new home in northern Wisconsin. 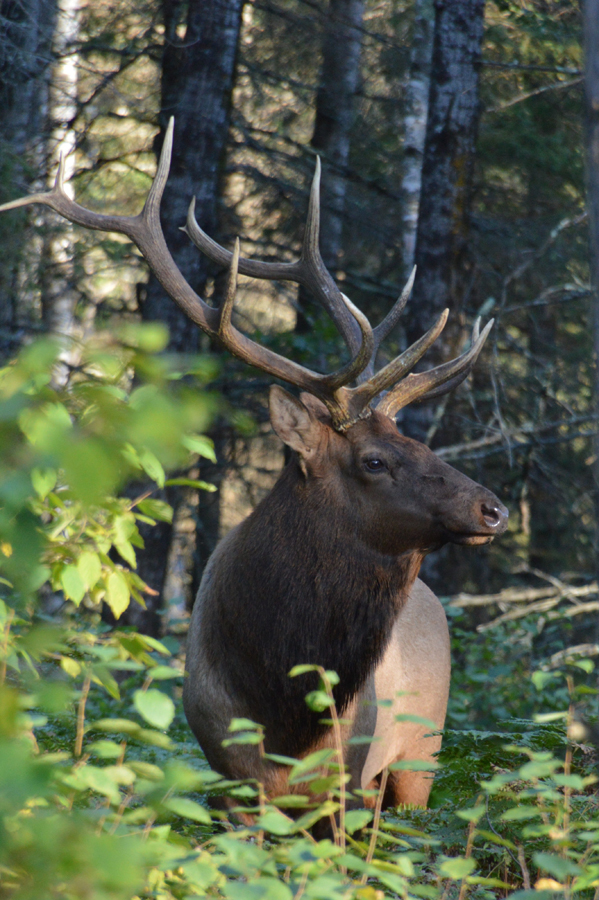 The release of these elk later this summer will conclude the fourth and final year of Wisconsin's elk translocation efforts. This is also the second year that elk have been released into the Clam Lake elk range since their initial reintroduction in 1995. Following two years of translocation efforts in Jackson County, focus shifted back to the original northern herd that resides in Ashland, Bayfield, Price, Rusk and Sawyer County and originated from 25 Michigan elk. In 2017, 31 elk were added to the area from Kentucky.

"It was another great year, with many key partners including the Kentucky Department of Fish and Wildlife Resources, Rocky Mountain Elk Foundation, Great Lakes Indian Fish and Wildlife Commission, Flambeau River State Forest, U.S. Forest Service and others all coming together to make the effort possible and successful," said Kevin Wallenfang, DNR elk ecologist and elk reintroduction coordinator. "Adding more than 60 elk this year means we are approaching 300 elk in the northern herd."

In March, DNR translocated 48 adult elk from Kentucky to a pen in northern Wisconsin where they receive 24-hour monitoring during the required quarantine period. During the spring, pregnant cows gave birth to calves, growing the number of elk in the pen to more than 60 animals. As in the project's first year, this year's quarantine period has been extended a few weeks to allow calves recently born to grow and to allow for further health testing.

"As occurred in 2015, we had one elk test as a "suspect" positive for bovine tuberculosis, which requires us to extend the quarantine period while definitive testing of this elk is completed," Wallenfang said. "All the elk tested negative prior to coming to Wisconsin, and we've seen this before. As was the case in 2015, the most likely result is that this elk is negative for bovine TB. The results on this animal should be back in August. Pending clearance, the herd will be released into the wild."

Each animal, including newborn calves, have already been fitted with a tracking collar to provide useful movement, habitat preference and survival data after release.

The public is asked to avoid the general vicinity of the holding pen and to remain watchful when driving in the area to avoid vehicle collision with elk.

During the first two years of elk translocation efforts in eastern Jackson County, the Department of Natural Resources and a number of key partners released 73 elk.

After a few years of adjustment, the central Wisconsin herd is now seeing increased survival and annual growth. Current projections put the herd at approximately 75-80 animals with up to 20 calves expected to have been born this spring. To date, 13 calves have been confirmed and efforts are being made to confirm additional births through field searches, observations and trail cameras.

"The last couple years we've seen incredible survival of calves," Wallenfang said. "In 2018, we confirmed 17 births, and all 17 are alive and well.

The Black River elk herd is being observed and enjoyed by locals on a regular basis, and visitors are traveling from outside the area in hopes of viewing the elk.

To receive email updates regarding current translocation efforts, visit dnr.wi.gov and click on the email icon near the bottom of the page titled "subscribe for updates for DNR topics." Then follow the prompts and select the "elk in Wisconsin" and "wildlife projects" distribution lists.

Want to get really absorbed in Wisconsin elk?

Sign up today to monitor Snapshot Wisconsin trail cameras in Flambeau River State Forest, Clam Lake or Black River elk range. Your efforts will help collect valuable data on the reintroduced elk herds and provide you with an up-close look at Wisconsin elk! No experience necessary and all training and equipment is provided. Sign up today at SnapshotWIElkSignup.org (exit DNR).