BIOLOGISTS ASK PADDLERS, ANGLERS AND OTHERS TO PHOTOGRAPH AND REPORT NATIVE MUSSELS

MADISON - With the long July Fourth holiday approaching, state conservation biologists are encouraging paddlers, anglers, and other water lovers to take a few minutes to help photograph and report the native mussels they see while on the water. 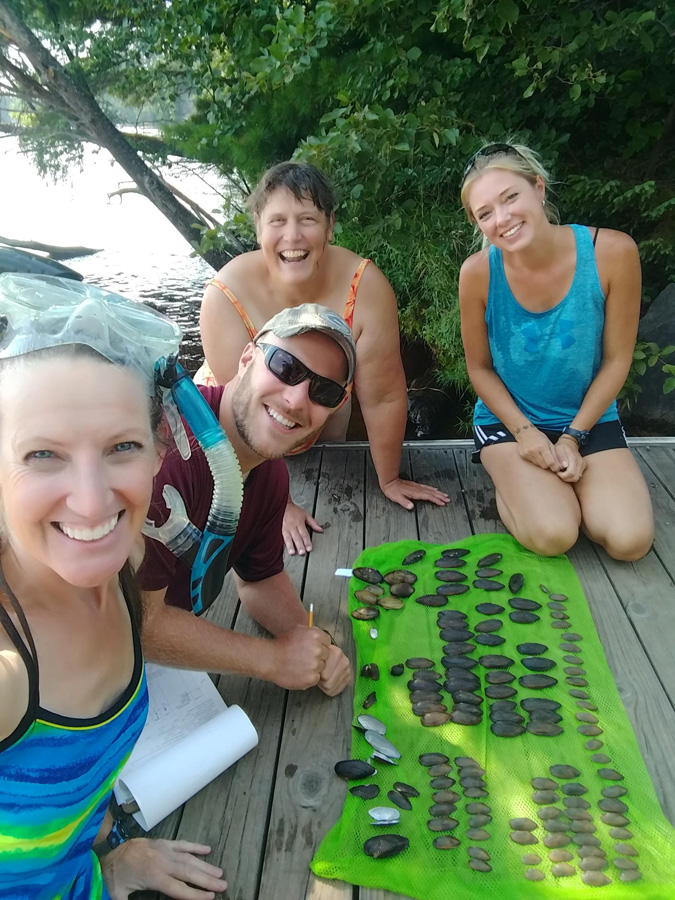 "Wisconsin is known for having 15,000 lakes and more than 84,000 miles of rivers. We need your help to have a better picture of what mussels occur where," says Jesse Weinzinger, a DNR conservation biologist. "Share photos and associated information on where you found them, when, and the habitat they are in."

After photographing closed mussels with the hinge side up, volunteers are asked to return live mussels to the water, then report that information to DNR's Wisconsin Mussel Monitoring Program.

A video shows volunteers how to search shorelines or shallow water for freshwater mussels native to Wisconsin and known by such colorful names as white heelsplitter, fatmucket, wabash pigtoe, and flutedshell.

Such information can help guide where DNR and partners work to protect and restore mussels. For example, staff work with transportation officials to help avoid or move mussel populations when road and bridge projects could potentially impact them, says Lisie Kitchel, a conservation biologist who, like Weinzinger, works for DNR's Natural Heritage Conservation Program.

How to search for and report Wisconsin's native freshwater mussels

Freshwater mussels, also known as clams, are important for healthy lakes, rivers, and streams. They are not the invasive zebra mussels that disrupt aquatic ecosystems and smother native mussels and are a major factor in declining native mussel populations, Kitchel says.

Each native mussel can filter gallons of water a day, removing pollutants like mercury and other contaminants; a study on the Upper Mississippi River found that a mussel bed was able to filter more than 21 million gallons of water a day. Native mussels also are food for raccoons, muskrats, otters, herons, and other wildlife. They are even food for fish when the mussels are young.

It is illegal to harvest live clams from Wisconsin waters, and eating them would be ill-advised since native mussels filter environmental pollutants, says Kitchel. However, she does encourage people to submit reports about them.