[EDITOR'S ADVISORY: This news release has been updated to reflect new information. ]

MADISON - The first statewide survey for native mussels in 40 years in Wisconsin shows these water-cleaning clams are facing mixed fortunes.

Mussel populations and diversity were highest in the St. Croix River, with 24 different species found at one site and high species diversity also on the Manitowish, Chippewa and Peshtigo rivers.

"On the St. Croix River, the abundance and species richness was very impressive," says Jesse Weinzinger, a conservation biologist with the Wisconsin Department of Natural Resources coordinating the surveys. "There were times you'd be pulling up 200 to 300 mussels and 12 or so species in our 15-minute timed surveys." 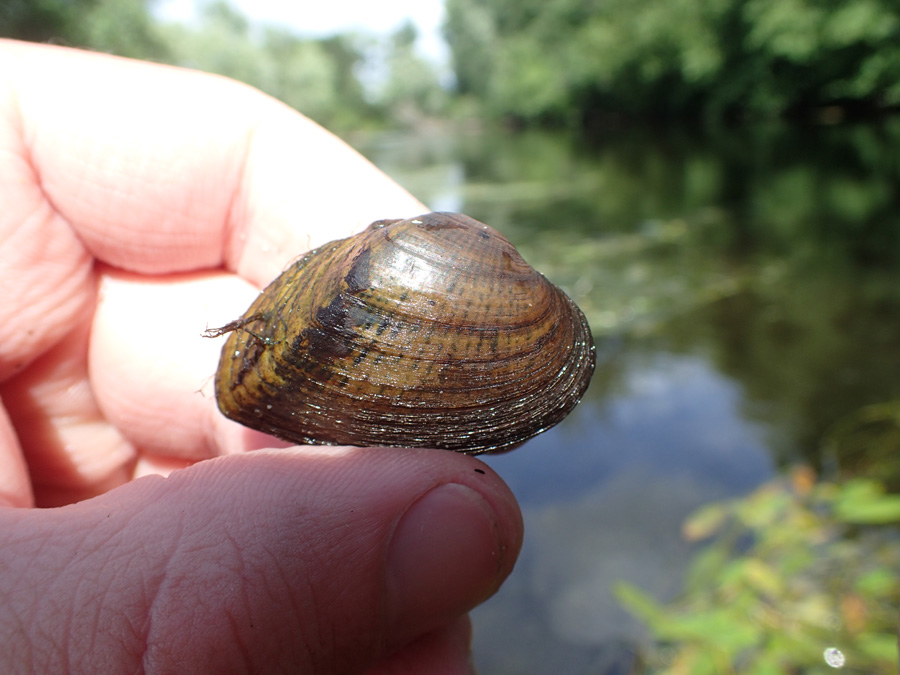 The snuffbox is one of Wisconsin's 24 native mussel species that are endangered, threatened or with low or declining populations.Photo credit: DNR

Other good news is that mussel populations are rebounding in the Wisconsin River as gains from clean water regulations over the last half-century pay off, and native mussels are even starting to be found in the lower Fox River and Green Bay where a massive cleanup project is underway and improved water quality is making it possible to consider reintroducing more species.

At some other sites, however, the surveys revealed declining mussel populations, and 10 sites had no mussels. On major waters in southern Wisconsin, including the Pecatonica River and Rock River, "we're seeing very large declines," Weinzinger says.

Stretches of the Pecatonica River where DNR surveys 15 years ago found four species listed as either threatened or endangered now held none of those rare mussels and Weinzinger found scores of dead mussel shells, he says.

Mussels are one of the world's most imperiled animals

Freshwater mussels are one of the most imperiled groups of animals on the planet, with 70% of the world's mussel species declining. In Wisconsin, 24 of the 50 native mussel species are endangered, threatened or listed as species of concern, says Lisie Kitchel, another DNR conservation biologist who works with native mussels. 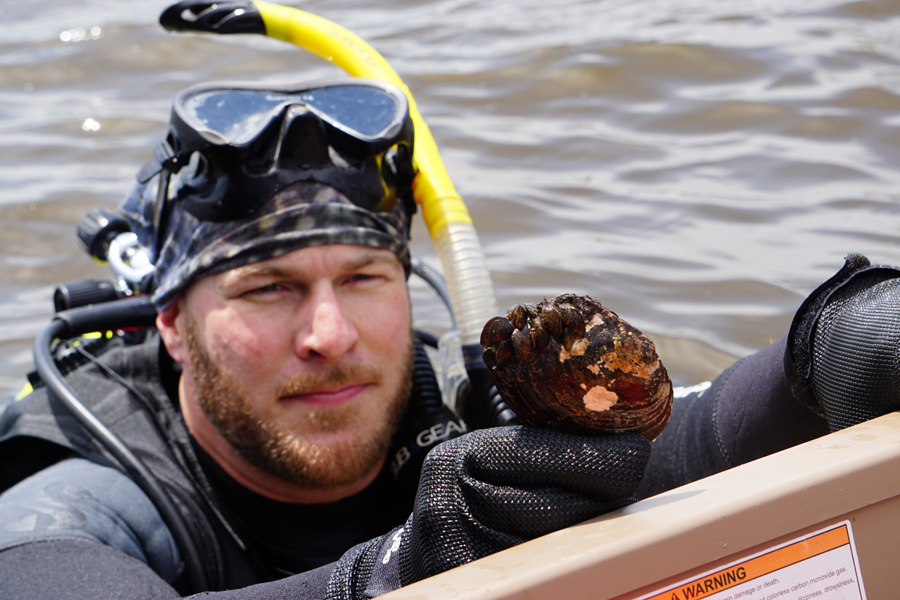 "Native mussels are important for healthy lakes and rivers," she says. Each native freshwater mussel can filter gallons of water a day, removing pollutants like mercury and other contaminants. They are food for raccoons, muskrats, otters, herons, and other wildlife. They are even food for fish when the mussels are young, and dead shells can provide safe places for fish to lay their eggs.

Mussels declined in the 20th century due to factors including water pollution, dams that blocked the flowing water mussels need, and overharvesting. From the 1880s to the 1940s, mussels in Wisconsin were used to make buttons until plastic buttons replaced them. After that era, mussels from the Upper Mississippi River because a mainstay of Japan's cultured pearl industry. Mussel shells collected from the river were shipped to Japan where they were cut up and turned into the seed from which pearls were cultured until overharvest of mussels on the Upper Mississippi River led to closing the commercial harvest of mussels, Kitchel says.

Now, mussel populations are increasing in some of these waters again, thanks to protections afforded by the state and federal endangered species acts, to improved water quality since the 1972 Clean Water Act started controlling wastewater discharges to streams and rivers, and to efforts by DNR, the U.S. Fish & Wildlife Service, dam owners and other partners to save mussels stranded from reservoir drawdowns and to propagate mussels at the U.S. Fish & Wildlife Service's Genoa Fish Hatchery for release back into state waters.

Before the DNR surveyors ever hit the water to look for mussels, they reviewed historical mussel surveys dating between 1928 and 2015. While DNR, university and other researchers had conducted surveys on specific waters in recent years, the statewide survey was the first such effort since the 1970s.

The DNR statewide surveys started in 2016 and conservation biologists donned waders, and in many cases SCUBA gear, to collect, identify and record more than 21,000 living individuals representing 39 species before returning the mussels to the water. Spikes were the most commonly observed species by number with 25% of the total catch, followed by mucket at 20% of all observations. Fatmucket, spikes, plain pocketbooks and giant floaters were the most widespread.

Biologists have used the survey information to identify and map 16 areas where they will conduct long-term monitoring and focus conservation efforts.

"The survey has been very important in helping us gather information on the distribution, population demographics and habitats of native mussels, all important information to help us focus our monitoring and other conservation efforts," Weinzinger says.

More information about the statewide survey, and DNR efforts with partners to help bolster endangered mussel populations on some waters and reintroduce them on others, are found in The Clam Chronicle [PDF], the bi-annual newsletter of DNR's Wisconsin Mussel Monitoring Program.