MADISON - Extensive monitoring efforts by more than 100 volunteer trackers and Department of Natural Resources staff suggest that Wisconsin's wolf population is stable while remaining well above established population goals. Data collected during track surveys this past winter reveal an overwinter minimum wolf count of 914-978 wolves, similar to the 905-944 wolves detected during the 2017-2018 count. The state's wolf population had been increasing steadily since the early 1990s but appears to have stabilized over the last few years. The number of wolf packs detected during surveys increased slightly, from 238 packs last year to 243 this past winter. 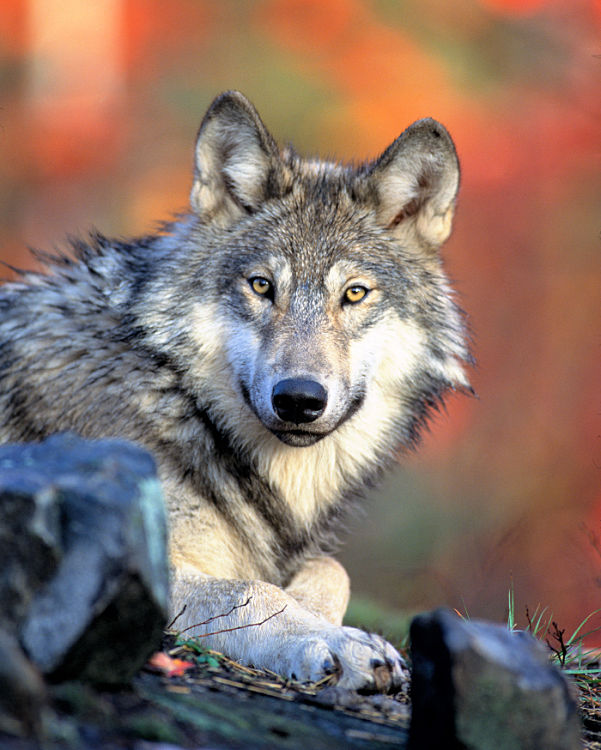 Wolf surveys are conducted annually during winter when snow cover affords suitable tracking conditions. At that time of year, the wolf population is at its lowest point, so the results of these surveys are considered minimum counts. The population increases every spring with the birth of pups, then declines throughout the remainder of the year due to dispersal and various mortality factors.

Although wolves remain classified as endangered under the Federal Endangered Species Act, the U.S. Fish & Wildlife Service recently proposed removing wolves from the endangered species list. Such a move would restore management authority to the state and allow a more flexible approach to wolf management.

"While we can credit the Endangered Species Act with allowing wolves to regain their important role in our wildlife community, there's simply no biological rationale for maintaining current federal protections. Delisting would allow managers a fully-integrated set of management tools with which to address issues such as the depredation of livestock and pets," noted DNR large carnivore specialist Scott Walter.