Partners collaborate to improve survival of fish that anglers release

MADISON - Anglers who choose to release their hooked fish now have additional resources at their disposal to increase the fish's chances of survival thanks to a collaborative effort between state agencies and partners.

The Wisconsin Department of Natural Resources and the Natural Resources Board, the governing body for the DNR, partnered with natural resources agencies and environmental groups over the past six months to form a Responsible Catch and Release Team and develop the education and outreach tools. Partnering agencies and groups included the Wisconsin Department of Tourism, Walleyes for Tomorrow, the Wisconsin Conservation Congress, Muskies Inc., BASS Nation, and Trout Unlimited. The tools to help anglers responsibly release their catch are available by searching the DNR website, dnr.wi.gov, for keywords "responsible release." 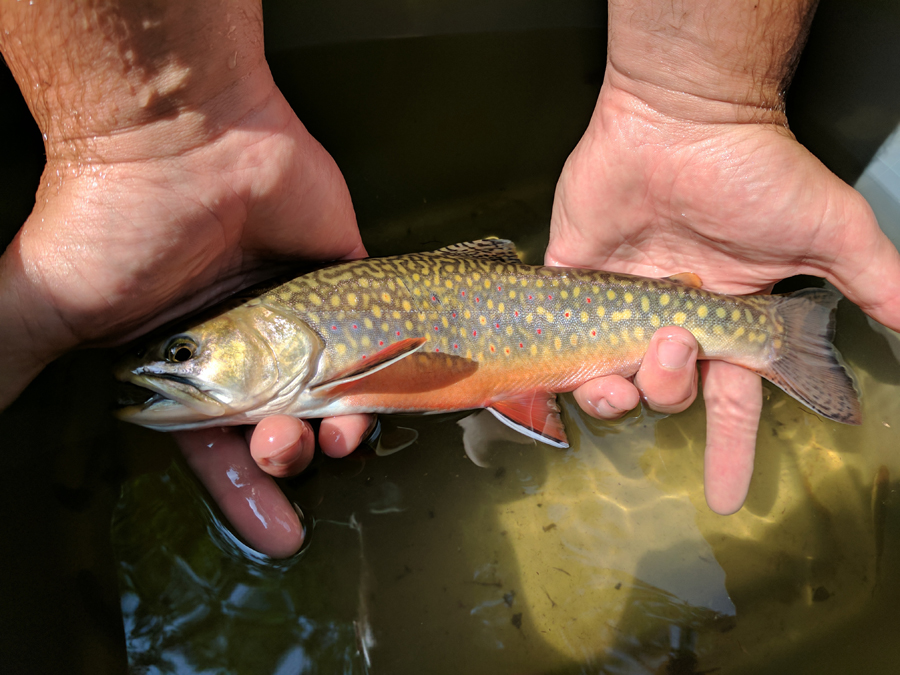 Using wet hands or gloves and keeping fish in the water as much as possible are among the tips for Responsible Release.Photo credit: DNR

"The impacts of catch and release mortality have been well documented," said Gary Zimmer, Natural Resources Board member and chair of the Responsible Catch and Release team. "Catch and release mortality is often estimated at 5-20% for inland waters and as high as 40-76% for species such as lake trout in the Great Lakes when water temperatures are above 50 degrees Fahrenheit."

Anglers release their catch for a variety of reasons; it may not meet minimum length limits or anglers might voluntarily release it to allow an opportunity for someone else to catch it.

"Not every angler chooses to release their catch, and it is perfectly OK for them to keep their fish as long as it is consistent with length and bag limits," said Ryan Hoffmann of BASS Nation. "However, if anglers choose to release their catch, there are proven methods to increase its chances of survival and live to create a new memory for another angler."

The Responsible Catch and Release page of the DNR website webpage contains a sharable responsible catch and release presentation, a tacklebox wild card, and stories of fish caught, released, and caught again. It also includes comprehensive responsible release best management practices for a variety of fish species and different fishing seasons. The team will continue to highlight responsible release techniques and will be adding information and outreach materials to the webpage over the course of the fishing season.