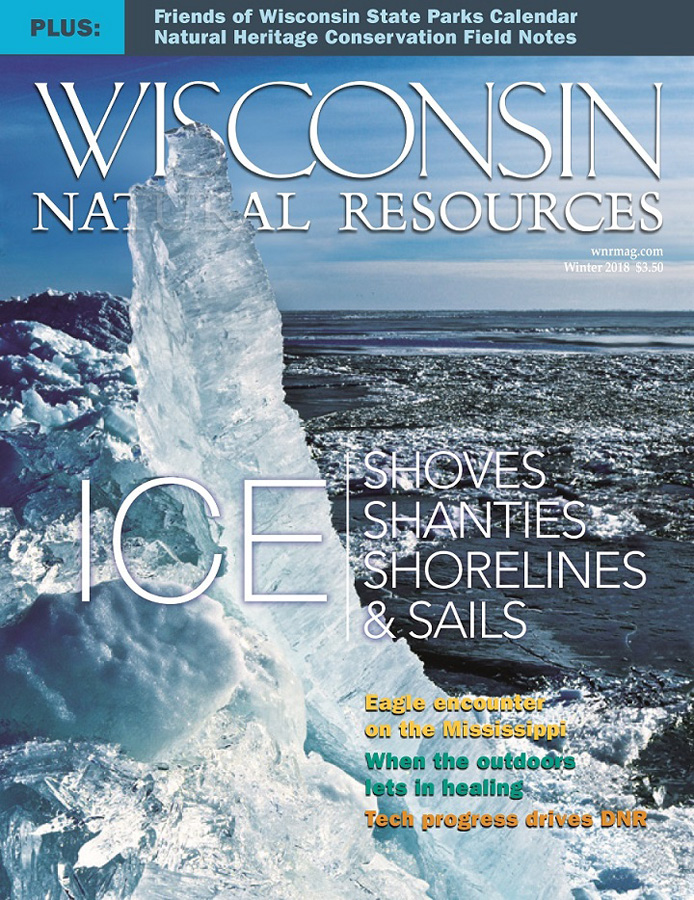 MADISON - A winter magazine deserves a winter theme and the latest issue of Wisconsin Natural Resources has it. The quarterly magazine published by the Wisconsin Department of Natural Resources ushers in the season with a six-page spread of spectacular cold-weather photos. From frozen lakes to fishing shanties, these "Freeze Frames" taken by contributor Tim Sweet of Appleton capture the beauty of winter.

Also in this issue, a story about "One foggy morning on the Mississippi" tells of a would-be eagle rescue effort, while "Early advantages" describes the joys and challenges of the early catch-and-release trout season. "The nature of healing" explores the therapeutic power of the outdoors, highlighting programs at northern Wisconsin's Northwest Passage mental health treatment center for youth.

Two essays - "Buck of a lifetime" and "It's what hunters do" - speak to the state's compelling culture of hunting and the emotions it evokes. The essays are illustrated with historic drawings from Jim McEvoy, who for decades worked as a DNR staff artist.

McEvoy's images are a nod to the DNR's 50 years of history, which has been celebrated by the magazine throughout 2018. Another story, "NRB turns 50," also touches on that theme, marking the golden anniversary of the DNR's guiding body, the State of Wisconsin Natural Resources Board.

While those pieces look back, another magazine story looks ahead. "DNR's next 50: Thriving in a digital age" tells of numerous established and emerging technologies being used by the agency in its mission to protect Wisconsin's valuable natural resources.

Other standing features include "Reader's Write" letters and feedback, a winter message from DNR Secretary Dan Meyer and "Outside in Wisconsin," highlighting Copper Falls State Park.

One more piece strikes a sad note. In October, the former longtime editor of Wisconsin Natural Resources, David "Larry" Sperling, died unexpectedly at age 66. The Winter magazine's regular "Back in the day" feature is devoted to Sperling and includes an excerpt from his own 2001 writing on ice fishing, a piece that resonates with Sperling's distinct and amiable voice.