MADISON - The number of wildlife watchers increased 20 percent nationally from 2011 to 2016, with birds being their overwhelming favorite and most often observed at backyard feeders, according to a recently released federal outdoor recreation survey.

With winter weather setting in, now is the time for Wisconsin bird watchers to put out feeders and consider reporting the birds they observe, state bird experts say. 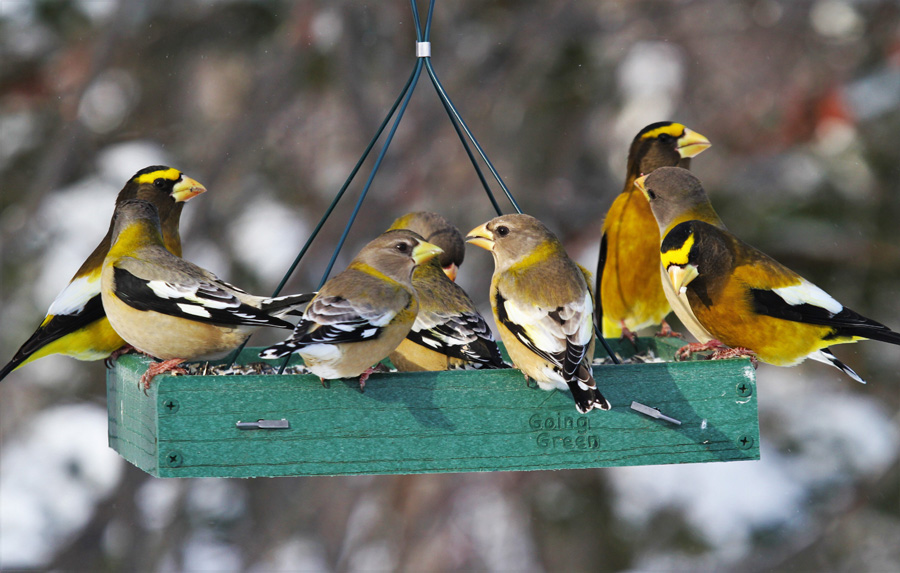 Evening grosbeaks are on the move this year. Attract them to your feeders with black oil sunflower seeds. Photo credit: Ryan Brady

"Winter is a great time to watch birds and to contribute to bird science and management by reporting the birds you see at your feeder," says Ryan Brady, a Department of Natural Resources conservation biologist and monitoring coordinator for the Wisconsin Bird Conservation Initiative.

Audubon's 119th Christmas Bird Count (exit DNR), conducted locally on one day between Dec. 14, 2018 through Saturday, January 5, 2019, is an easy and fun way to get started while Project Feederwatch (exit DNR) spans the entire winter.

More than 80 percent of wildlife watchers said they watched wildlife around home while 24 percent watched away from home. Birds were by far the most commonly watched wildlife, whether around home or away. The 2016 survey doesn't provide state level results but Wisconsin ranked second in the 2011 survey with the highest proportion of residents reporting watching birds.