FALL MUSKY FISHING HEATS UP, ALONG WITH CHANCE TO SET NEW STATE RECORD

MADISON -- While Wisconsin's first catch and release record has been established for musky, there's plenty of time left in 2017 for anglers to better that mark and enjoy some of the best fishing for the famed fighter and Wisconsin's official state fish. 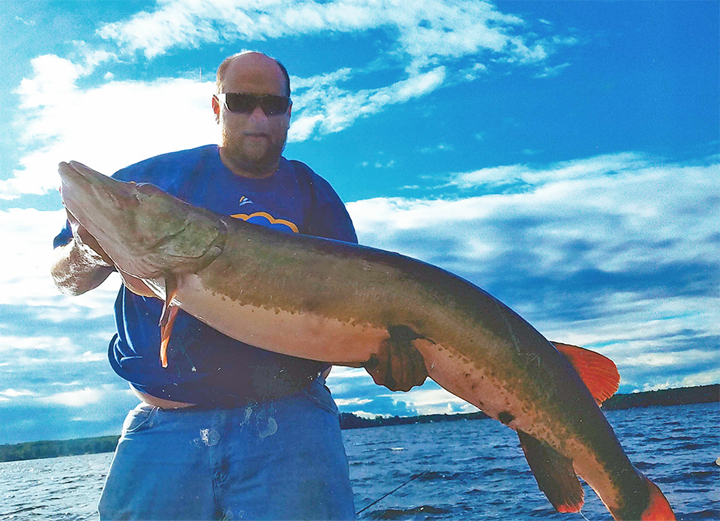 Jacob Holmstrom of Danbury reeled in his place in Wisconsin fishing history by claiming the first catch and release record in Wisconsin for musky. Holmstrom caught the 53-inch musky on Warner Lake in Burnett County on June 24, 2017, around 6:30 p.m. 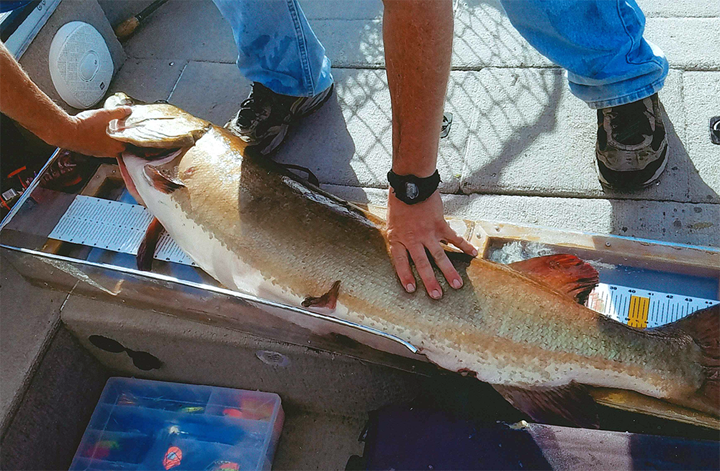 The fish was measured and photographed with Holmstrom before being released.
Photo Credit: Submitted

The fish was measured, photographed on its side on a measuring board with Holmstrom, and released, according to Karl Scheidegger, the Department of Natural Resources fisheries biologist coordinating the catch and release records program and the traditional by-weight records program.

"We're excited for Jacob and excited to have our first record established for one of our marquee species," Scheidegger says.

"It's a big fish but there are bigger fish out there. We want anglers to know that just because there's a record, don't stop fishing. Late fall fishing is some of the best for musky and records are made to be broken!"

"Anglers are taking advantage of prime time for trophy specimens, with muskies up to 50-inches being reported," he says. Lawson himself caught and released a heavy 48.5-inch musky earlier this fall. 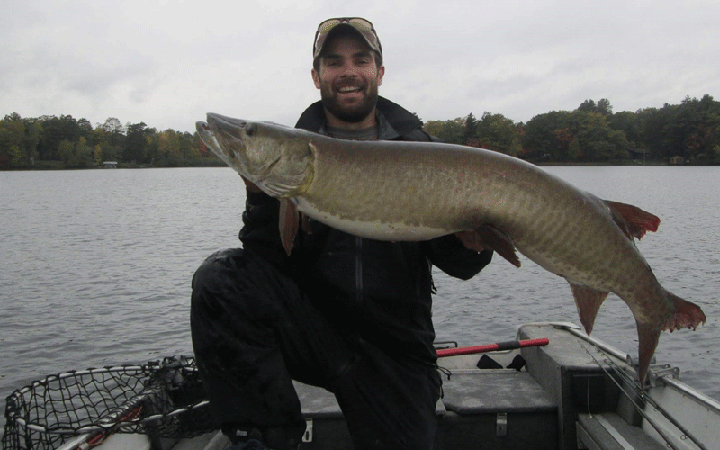 Zach Lawson caught and released this 48.5-inch musky this fall in northern Wisconsin in an area with steep slopes, hard bottom, and adjacent to very deep water.
Photo Credit: DNR

Wisconsin has about 775 lakes and streams with thriving musky populations. The statewide regulation sets a daily bag of one fish with a minimum length of 40 inches but special fishing regulations are in effect on some waters in an effort to bring back the trophy muskellunge Wisconsin is clearly capable of producing.

To see fish biologists' forecasts for musky for 2017 based on fish survey results, read the 2017 Wisconsin Fishing Report.

To see the application to fill out and the procedure to follow to submit a possible record, go to dnr.wi.gov and search "record fish."

Anglers interested in pursuing a record are encouraged to follow these live release tips to minimize stress on the fish as much as possible during the photo process.