MADISON - The first statewide survey for freshwater mussels in 40 years in Wisconsin gets underway this month as conservation biologists scan streambeds for aquatic animals once sought-after for buttons and pearls and now recognized as critical cogs in aquatic ecosystems and indicators of those systems' health. 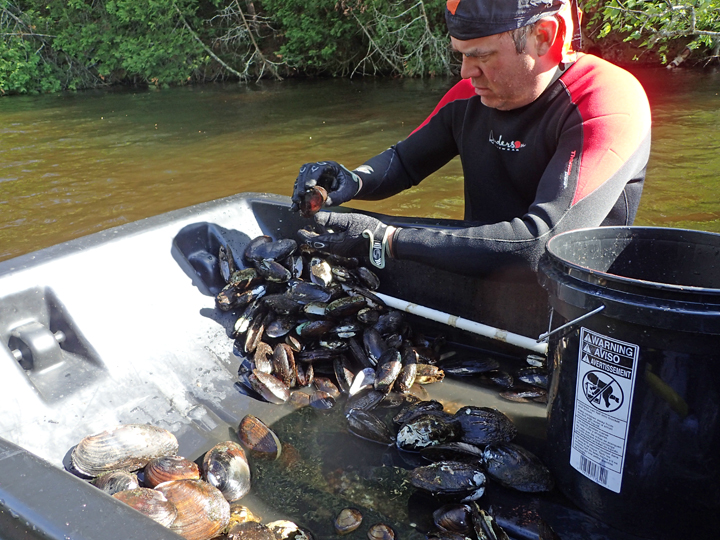 "While native mussel populations in some Wisconsin streams have been surveyed, for the most part there is very limited information," says Jesse Weinzinger, the Department of Natural Resources conservation biologist coordinating the survey and conducting it at dozens of sites.

"This survey will help us understand population trends, threats and species distribution statewide and will give resource managers information that can help them more effectively conserve some of our most globally important and imperiled species."

Mussels and clams are part of a larger group of aquatic animals known as "bivalves" for their two external shells. Our native mussels must have a host species, like a fish, to complete their life cycle, while clams and invasive zebra mussels do not. The focus of these surveys will be on native mussels, not the invasive ones.

Freshwater mussels are one of the most imperiled groups of animals on the planet, with 70 percent of the world's mussel species declining. In Wisconsin, more than half of the 51 native mussel species are endangered, threatened or listed as species of concern, Weinzinger says. 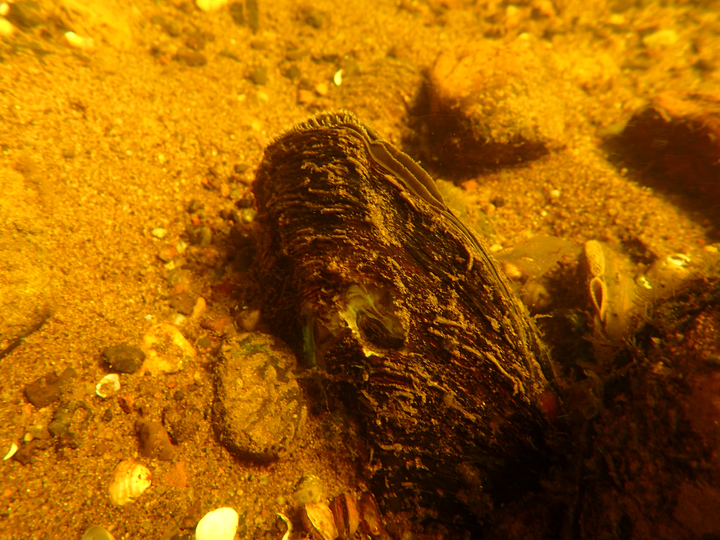 Mussels declined in the 20th century due to factors including water pollution, dams that blocked the flowing water mussels need, and overharvesting. From the 1880s to the 1940s, mussels in Wisconsin were used to make buttons, until plastic buttons replaced them. After that era, mussels from the Upper Mississippi River because a mainstay of Japan's cultured pearl industry. Mussel shells collected from the river were shipped to Japan where they were cut up and turned into the seed from which pearls were cultured until overharvest of mussels on the Upper Mississippi River lead to closing the commercial harvest of mussels, according to Lisie Kitchel, a DNR conservation biologist who works on mussel conservation.

Now, mussel populations are increasing in some of these waters again, thanks to protections afforded by the state and federal endangered species acts, to improved water quality since the 1972 Clean Water Act started controlling wastewater discharges to streams and rivers, and to efforts by DNR, the U.S. Fish & Wildlife Service, dam owners and other partners to save mussels stranded from reservoir drawdowns and to propagate mussels at the federal Genoa Fish Hatchery for release back into state waters.

The statewide survey this summer is funded through a U.S. Fish & Wildlife Service grant received by the DNR Natural Heritage Conservation Program and will use the same standardized methods, Weinzinger says. The previous statewide survey in the 1970s used methods that varied by location, making it harder to compare results across locations and over time. 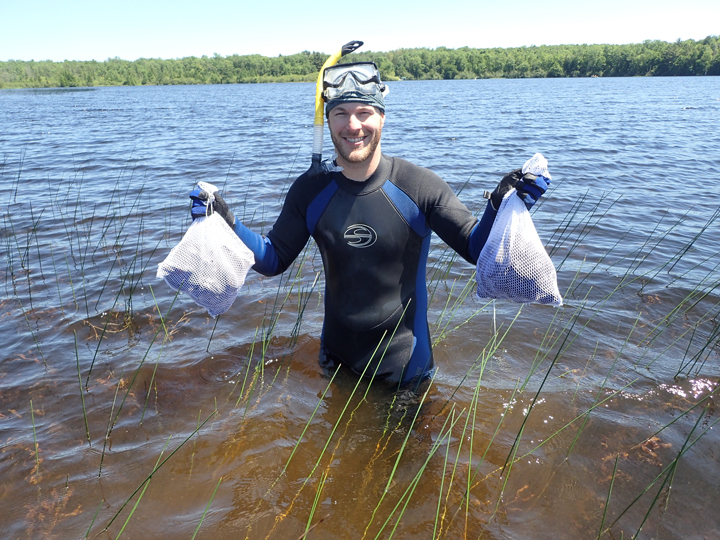 Weinzinger and other conservation biologists will visit at least two stream sites per major watershed, collecting data from a minimum of 42 and up to 70 sites this summer. Using wetsuits and snorkeling gear, they'll zig-zag through the streams, scanning the streambeds visually and searching the stream bottom to uncover any mussels that have buried themselves. They'll count and identify species, noting any juveniles that indicate producing populations. In the future the program hopes to involve volunteer citizen monitors in helping to conduct the surveys.

The survey results will give DNR and partners a good platform from which to assess mussel population trends and to address needs in specific watersheds as well as to judge stream health overall. By measuring mussels and mussel habitat relationships, models can be developed to predict potential changes in mussel communities associated with predicted changes in habitat. "Mussels are a great indicator of stream health," Weinzinger says.

Mussels also play many important roles in ecosystems: They serve as freshwater filters, removing sediment and nutrients that can fuel algae blooms, as well as pesticides and heavy metals like mercury that can build up in fish and wildlife and the people who eat them. They move by using their "foot," just like a snail, that tills up the stream bottom, incorporating more oxygen into that substrate and stirring up nutrients for the other aquatic creatures that form the base of the food chain.

As well, mussels provide food for many animals, including muskrats, otters, raccoon, ducks, wading birds and fish, and habitat for caddisflies and mayflies that are food for fish.

"The more I learned about mussels, the more fascinated I become," says Weinzinger, a wildlife biologist who started specializing in mussels in graduate school.