MADISON - Two state conservation biologists leading Wisconsin's efforts to save bats from white-nose syndrome and a third who has coordinated efforts in Wisconsin to conserve a federally endangered butterfly recently received national awards for their work.

Jennifer Redell and Paul White received 2016 Research Partnership Awards from the U.S. Forest Service as part of a team of scientists and managers who have been developing the science and tools required to recover and conserve upper Midwest bat populations in the wake of white-nose syndrome. The disease has killed 6 million bats and spread to 28 states since it was first discovered in New York in 2006. It was first detected in Wisconsin in 2014. 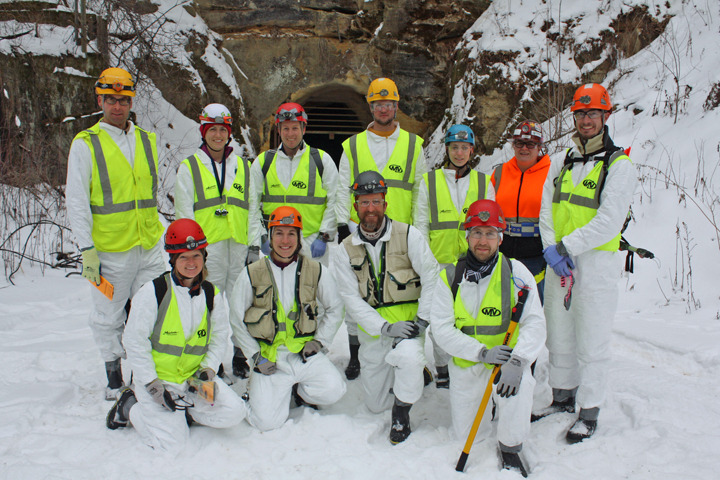 Redell and White, along with colleague Heather Kaarakka, have been involved in research to better understand the bats' movement patterns and habitat use when they migrate from summer roosting sites to winter hibernacula, and what factors may allow some bats infected with the disease to survive. They also have been involved in using, and training others to use, acoustic bat detectors to help monitor trends in bat activity. More information about the team's work is found in the U.S. Forest Service's 2016 Wings Across America booklet.

Bob Hess, who retired earlier this spring from the DNR Natural Heritage Conservation Program, will be honored June 14 at Necedah National Wildlife Refuge with a Recovery Champion Award from the U.S. Fish & Wildlife Service for his nine years serving as the state's recovery coordinator for Karner blue butterflies, a species listed as endangered in Wisconsin and the United States. "Conserving Karner Blue Butterfly in Wisconsin: A Development of Management Techniques" in American Entomology describes the recovery effort and results. 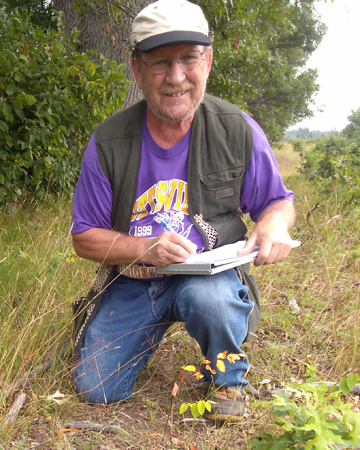 Hess was honored for fostering support for the Karner blue butterfly in developing partnerships and coordinating Karner blue population monitoring at recovery properties across the state. He also secured a number of habitat restoration grants, including a $500,000 State Wildlife Grant that will support a three-year collaborative effort to restore habitat for the Karner blue in Wisconsin and Minnesota.

Hess' accomplishments include a publication in the Journal of Insect Conservation on research he conducted with his daughter, Anna, and state wildlife managers that revealed a link between habitat disturbances caused by American bison and improved habitat for the butterfly.

Drew Feldkirchner, who leads the DNR Natural Heritage Conservation Program that is responsible for caring for native wildlife and plants and natural areas, says the recognition is well-deserved and highlights the importance of the biologists' work regionally and nationally.

"We're fortunate to have a dedicated and highly-skilled staff working to conserve Wisconsin's non-game species and are proud to see them, once again, recognized nationally. Congratulations to Paul, Jennifer, and Bob on these accomplishments."