THE RIGHT SITE FOR A BIG BITE: WISCONSIN'S NORTHERN MUSKY SEASON OPENS MAY 28

MADISON - Musky size is on the rise in Wisconsin and that means the potential for a big bite is better than ever as the northern season gets underway on Saturday, May 28. 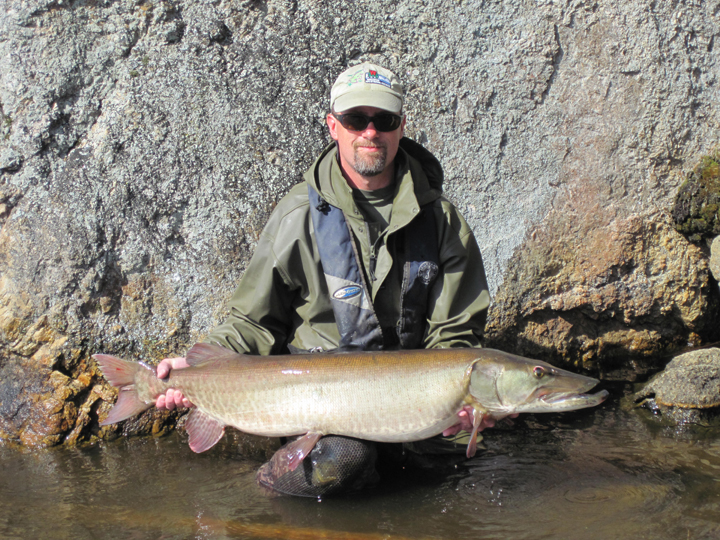 In Wisconsin, the musky season is divided into northern and southern zones in recognition of differences in water temperatures and spawning dates. In the northern zone, north of U.S. Highway 10 excluding Wisconsin-Michigan boundary waters, the season runs from May 28 to Nov. 30. In waters south of Highway 10, musky season opened May 7 and runs until Dec. 31.

Statewide, the minimum length to keep a fish remains unchanged at 40 inches. What has changed is that, on average, Wisconsin's muskies keep getting larger.

"The prospects for muskellunge fishing throughout the state are excellent for 2016 and beyond," said Tim Simonson, DNR fisheries biologist and musky management team leader. "The average length of all muskies captured as well as the top 10 percent of those captured has been increasing since at least 1985. Currently, the top 10 percent of fish collected during our spring netting surveys are running above 46 inches in size."

At the same time, the average length of all adult muskies in Wisconsin waters has been trending upwards and now stands between 37 and 38 inches. Simonson said DNR's trend data is similar to that collected by Muskies Inc. members from Wisconsin waters.

"Credit for these trends goes in large part to the musky anglers themselves, as many of them are committed to catch and release practices," Simonson said. "The trends also are a testament to the productivity of Wisconsin waters and our effective fisheries management. It's no coincidence that more record muskies have been caught in Wisconsin than any other state."

DNR fisheries biologist John Kubisiak of Rhinelander said he handled muskies of 48.9 inches and 49.1 inches in his region's lakes this spring. Although 15 to 20 year old fish such as these remain relatively low in total numbers, they are exciting to see.

Muskellunge populations are low density. An average musky lake has one 30 inch or larger fish every 4 acres. This is about one-tenth the density of other gamefish species.

Kubisiak said he's seeing all sizes of fish in surveys and he's encouraged by some of the trends among younger fish.

"A healthy population will have a large number of younger, smaller fish coming up to provide tomorrow's trophy fishery," he said. "Many good musky waters rely on stocking, but the last 10 years or so have been good for natural muskellunge reproduction. In many of the waters I manage, we are seeing naturally reproduced muskies more frequently and sometimes in waters where I wouldn't have predicted it."

Weather conditions also may be shaping up well for the opening of the northern musky season, said Mike Vogelsang, DNR north district fisheries supervisor in Woodruff.

"For several weeks, we were stuck in an unusually cold weather pattern, but this week more summer-like weather has been moving in," Vogelsang said. "This should finally get water temperatures where they need to be for this time of year. Musky will be taking advantage of this, which will translate into active fishing."

Buying a license is easy and convenient through the new Go Wild licensing system, with online access available 24-7. Visit GoWild.wi.gov, one of more than 1,000 vendor locations or a DNR service center to purchase licenses. Information about how to provide proof of your purchase may be found at dnr.wi.gov by searching "Go Wild."