Editors' Note: The following fisheries team members are available to talk about regional fishing opportunities for the general inland season opener May 7 in various regions of the state.

MADISON, Wis. - Warming temperatures throughout Wisconsin this week should make for a great bite when the general inland fishing season gets underway on Saturday, May 7. 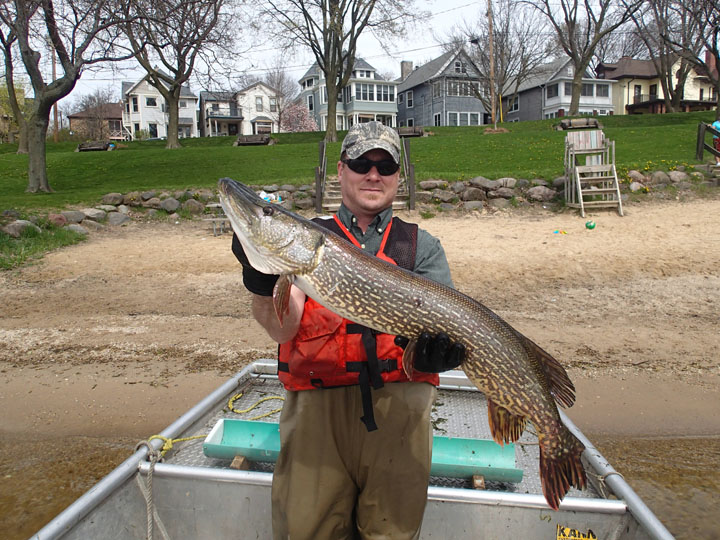 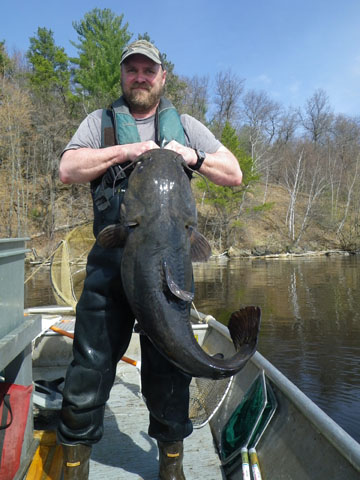 Lake Wissota, a 6,300 acre impoundment of the Chippewa River, is well known for its trophy musky. However, the catfish fishery has been gaining popularity and during the spring 2016 fisheries survey, flathead catfish over 20 pounds were a frequent occurrence with flatheads over 40 pounds not uncommon - including this one held by fisheries technician Matt Andre.
Photo Credit: DNR

"Wisconsin remains among the top three angling destinations in the nation and for good reason," Hasz said. "Whether you prefer fly fishing, casting live bait, trolling or simply watching your bobber dip, our fisheries offer something for everyone."

While fishing is a passion for many, it is also an economic driver for the state, with an estimated 1.2 million anglers producing a $2.3 billion economic impact, according to the American Sportfishing Association. That impact becomes clear as tens of thousands of anglers take to Wisconsin's 15,000 lakes, rivers and 13,000 miles of trout streams for opening day.

Walleye continue to be an important target for anglers and since 2013, the Wisconsin Walleye Initiative has worked to rebuild and enhance walleye populations throughout the state. The fish that have been stocked should reach legal size over the next two to three years although some anglers have reported increased catch and release activity from the young fish. 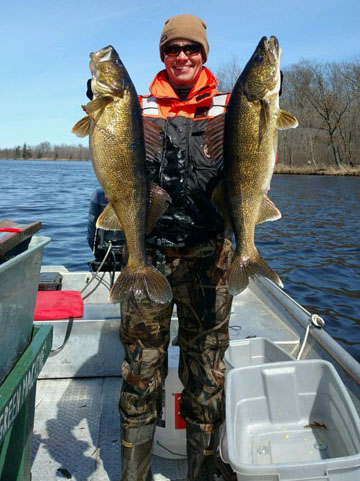 The trout population continues to make gains throughout the state and this year anglers will find 14 streams with upgraded classifications as well as 27 that for the first time have been documented as sustaining trout populations. Six of the newly classified streams have earned the coveted Class 1 designation.

Also new for anglers in 2016 will be simplified trout regulations designed to create more uniformity for anglers who fish on different trout streams and within small geographic areas. Under the new system, maps online and in the regulation pamphlet will indicate one of three regulations:

New Go Wild licensing system makes it easier than ever for anglers to buy, display licenses

Buying a license is easy and convenient through the new Go Wild licensing system, with online access available 24-7. Visit GoWild.wi.gov, one of more than 1,000 vendor locations or a DNR service center to purchase licenses.

While the GoWild licensing system allows several new ways to display proof of your license purchase including use of a personal conservation card, authenticated driver's license and pdf display on mobile devices, anglers fishing in boundary waters must use the paper printouts as law enforcement officials in the surrounding states do not have access to the Wisconsin database.

Information about how to provide proof of your purchase may be found at dnr.wi.gov by searching "Go Wild."

Anglers can find fish species information, boat access sites, shore fishing areas, lake information and regulations by downloading the free Wisconsin Fish & Wildlife mobile app, which includes a full array of fishing information. DNR has tackle loaner sites in 50 locations, including many state parks, making it easy for people to enjoy fishing if they don't have their own equipment or if they left it at home.