STEVENS POINT, Wis. - The Wisconsin Conservation Hall of Fame will honor two leaders who have contributed much to Wisconsin's Conservation Legacy.

Noel Cutright (1943-2013), a well-known Wisconsin ornithologist, and LeRoy Lintereur (1920-1995), a state wildlife biologist who specialized in wetland protection, will be inducted into the Wisconsin Conservation Hall of Fame during a ceremony April 30 in Stevens Point. 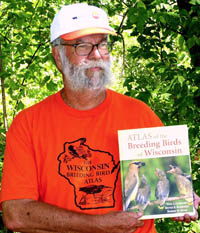 Cutright devoted his personal and professional life to bird conservation, citizen science, and ecological restoration. After receiving his master's and doctorate degrees from Cornell University, Cutright worked for We Energies in Wisconsin for 29 years as senior terrestrial ecologist. 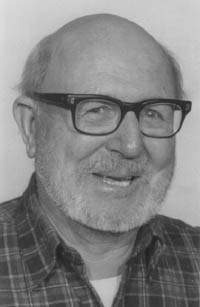 Lintereur was born in Two Rivers and spent much of his personal and professional life protecting the places and things he knew best -- the natural resources and wetlands of northeastern Wisconsin. After serving in the army during World War II, he graduated from UW-Madison with a degree in biology and wildlife ecology. In 1952 Lintereur began his 30-year career in Burlington as a game manager and conservation warden with the Wisconsin Conservation Department, first in Burlington and finally in Marinette.

Later in his career as area wildlife manager for the DNR in Marinette, Oconto, Shawano, Florence and Menomonie counties, Lintereur used his many skills to enforce resource laws, acquire and protect critical wildlife and plant habitat, and educate sportsman, farmers, land owners, and the public.

Lintereur received state and national recognition for his efforts, as an expert witness, to defend and objectively classify wetlands in a legal case that went to the Wisconsin Supreme Court. The outcome of this court action established precedent-setting case law for Wisconsin, and ultimately preserved many wetland areas in Wisconsin.

Lintereur shared his love of nature by leading ecological walks and tours, teaching classes at schools, colleges and The Clearing, a Door County folk school and nature center, and writing more than 700 articles for local newspapers.

The induction ceremony will begin at 10 a.m. at the Sentry Theater in Stevens Point, located at the Sentry Insurance Headquarters, 1800 North Point Drive. The ceremony will include tributes by invited speakers and the presentation of recognition plaques that will be displayed in the hall of fame gallery in Schmeeckle Reserve. A noon luncheon at the nearby Sentry World complex will conclude the day's activities. Luncheon reservations cost $25, and can be made by calling 715-346-4992 (Schmeeckle Reserve Visitor Center).

The Wisconsin Conservation Hall of Fame and Visitor Center, located at UW-Stevens Point Schmeeckle Reserve, was established in 1985 to advance the conservation legacy of Wisconsin and now recognizes 86 leaders who have contributed significantly to it. The hall of fame is a cooperative venture of 20 state-wide conservation organizations. Individuals may be nominated for induction by member organizations or by the public.