ASHLAND, Wis. - Efforts to restore naturally reproducing fish populations and create new opportunities for anglers continued in Lake Superior during 2015 as a total of more than 360,000 fish were stocked into Wisconsin waters, according to the Wisconsin Department of Natural Resources. 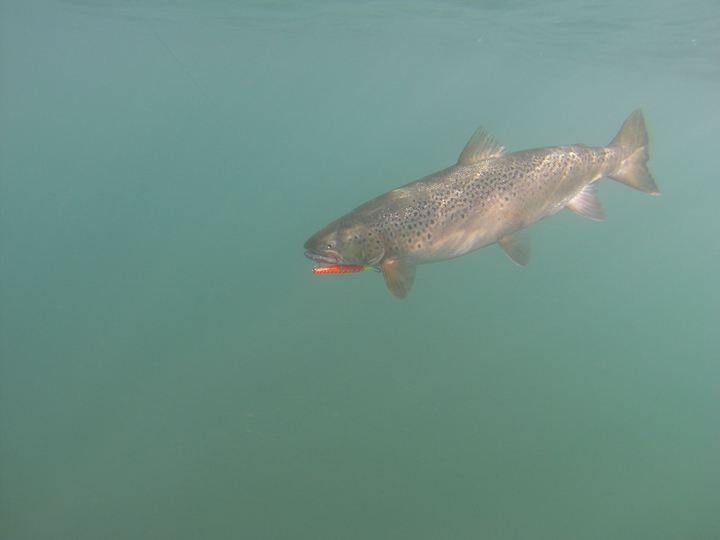 Lake trout stocking occurs in the western portion of Lake Superior, between Superior and Port Wing, where lake trout restoration efforts have been ongoing.

No lake trout stocking is done in the Apostle Islands region because of good natural reproduction there.

"Our refuges help protect the spawning stock and spawning shoals," Margenau said. "When good habitat exists, Mother Nature provides us with the best hatcheries possible at no cost." 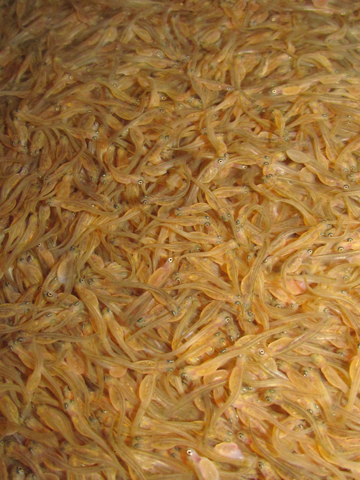 These lake trout fry will grow for another 16 months prior to being stocked into the western waters of Lake Superior.
Photo Credit: WDNR

Brown trout have become a larger component of the nearshore fishery for anglers both during open water and ice fishing. Brad Ray, DNR Lake Superior fisheries biologist, said the increase in brown trout has helped fill the void left by lower natural production of coho salmon in recent years.

"Since the stocking of Seeforellen strain brown trout began, the recreational harvest has more than doubled, while the number of naturally reproducing fish harvested has remained consistent," Ray said. "The increase in harvest of brown trout is due to better survival of the Seeforellen strain and not due to additional stocking."

Seeforellen strain brown trout originate from Lake Michigan, where the eggs are collected in fall. Eyed eggs are transferred to Bayfield's Les Voigt Hatchery, where they are incubated and reared to a size of 3 inches the following summer, when they are transferred again to the Brule Rearing Station. Les Voigt Hatchery supervisor Darren Miller said stocking occurs the following May when fish are approximately 16 months of age and 5.5 inches.

Splake, a hybrid cross between a male brook trout and female lake trout, have provided a popular nearshore sport fish in Lake Superior. However, because of poor returns of stocked fish in recent years, stocking strategies changed in 2012. 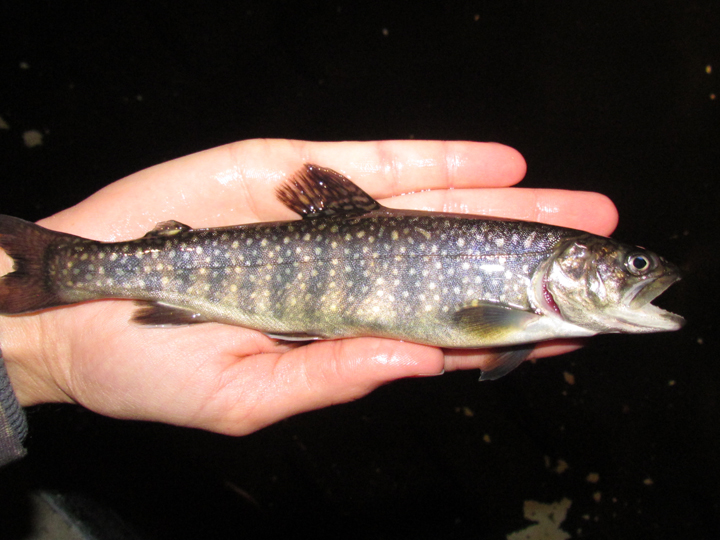 Splake are a cross between a male brook trout and female lake trout. DNR changed its stocking strategy in 2012 to release the fish at a larger size resulting in improved nearshore fishing opportunities in Lake Superior.
Photo Credit: WDNR

"Splake are now stocked as yearlings and returns to the angler creel are up 35 percent," Ray said.

Chequamegon Bay, between the cities of Ashland and Washburn, was also stocked with more than 5,000 large walleye in October. The effort was part of the Wisconsin Walleye Initiative, which aims to increase walleye populations throughout the state.

"These fish averaged more than 8 inches in length and have the potential to be legal size within the next one to two years," Margenau said. "Stocking these larger fish also greatly improves survival."