VOLUNTEERS HELP TURTLES SAFELY CROSS TO OTHER SIDE OF THE ROAD

MADISON -- Thanks to volunteers' work in 2015, Wisconsin's endangered turtles and other wildlife will be a little safer next season as they cross roads to reach nesting areas and other important habitat.

Information submitted by volunteers involved in the Wisconsin Turtle Conservation Program in 2015 has provided updates to Wisconsin maps showing the road crossings most deadly to turtles. Such reports help conservation and transportation officials better target where to pursue turtle conservation efforts. The map has been updated with 63 townships added in 2015.

"We want volunteers to know we very much appreciate their efforts and that the information is being efficiently used to help conserve Wisconsin turtles," Badje says. 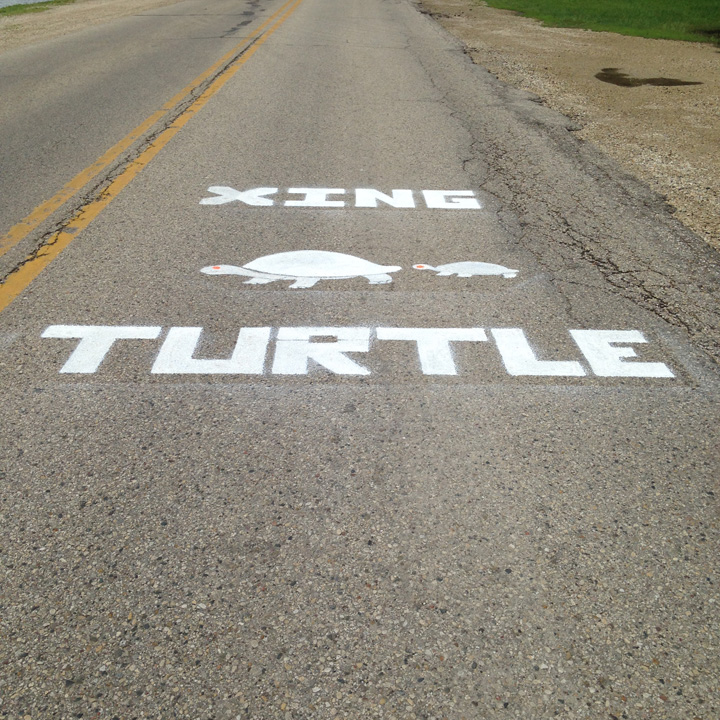 Volunteer submissions from past years' in addition to concerned citizens contacting their local officials resulted in safer crossings for turtles in 2015, and Badje expects the same will happen with this most recent information. For example, Waukesha County stenciled signs on roadways to alert motorists to slow down where volunteers reported turtle mortality to be a problem. And a road resurfacing project in Stevens Point, set to begin in 2016, will allow turtles to cross underneath the road through a combination of fences and a specially designed culvert. Supplementary research on this project will determine whether turtles and other wildlife utilize this culvert, or if it instead acts as a barrier to movement, Badje says.

Turtles are considered the most threatened of vertebrate species in the world; the International Union for Conservation of Nature 2011 Red List estimates that 45 percent of all turtle species in the world are threatened and 30 percent are endangered or critically endangered. Of the 11 turtle species in Wisconsin, one is endangered (Ornate box turtle), one is threatened (wood turtle), and three are "of Special Concern" (Blanding's Turtle, Smooth Softshell and False Map Turtle) because of low or declining populations.

Most turtles breed in the spring after they emerge from hibernation, or during August. All Wisconsin turtles lay their eggs in nests in uplands, and turtles getting killed by cars while trying to cross to nesting areas are considered one of the leading causes of declining turtle numbers in Wisconsin, along with loss of suitable habitat.

The loss of even one adult female turtle can have a large effect on future population numbers, especially in isolated populations or in species like the wood turtle that can take from 12 to 20 years to reach reproductive age, Badje says. In addition, research has shown that as reproductive females gain experience through age, they become more successful in hatching higher percentages of young. Actions that prioritize the conservation of older adults, especially females, are an important step in sustaining turtle populations throughout Wisconsin. 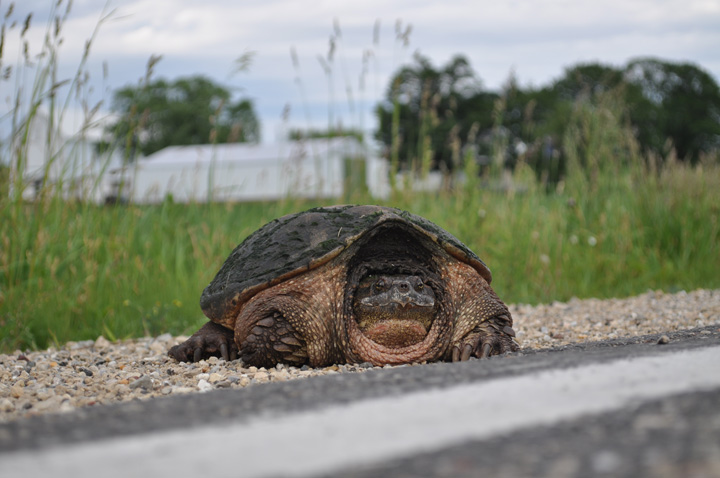 Badje says that volunteer reports of deadly turtle crossings promotes further collaborations with the DNR and citizens, municipalities, universities, and road agencies to achieve a sustainable transportation system that proactively protects people, turtles, and other wildlife.