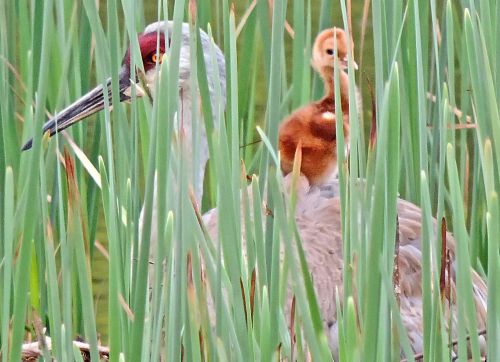 Photographed in early May by a volunteer participating in the Wisconsin Breeding Bird Atlas. Organizers are now looking for volunteers for the current effort. Photo credit: Marjorie Rhine

[EDITOR'S NOTE: Join a live online chat June 4 from noon to 1 p.m. to ask your questions about birds nesting in Wisconsin and how you can join a historic survey, largely by volunteers, to understand changes in the past 20 years in bird populations. On the day of the chat, go to dnr.wi.gov and click on the image on the right or search "ask the experts." If you can't join at noon, read the transcript later at the same link.]

ASHLAND -- While volunteers helping survey Wisconsin birds have already lit up the record books before prime nesting season even begins, survey organizers are calling for more avid and interested birders to join the cause to provide the most comprehensive account yet of the birds that call Wisconsin home.

"Already, volunteers are setting new records for the atlas survey and changing what we know of the breeding bird landscape in Wisconsin," says Nick Anich, Wisconsin Breeding Bird Atlas coordinator for the Wisconsin Department of Natural Resources. "We've had some great findings so far. But there is still so much more to learn and we need more volunteers to help better our understanding of Wisconsin birds."

The survey, last done 20 years ago, helps assess whether populations of bird species that nest and raise their young in Wisconsin are increasing, decreasing, or staying the same. The results will shape bird conservation efforts over the coming generation. Read more in "A Historic Bird Survey," in the February 2015 Wisconsin Natural Resources magazine. 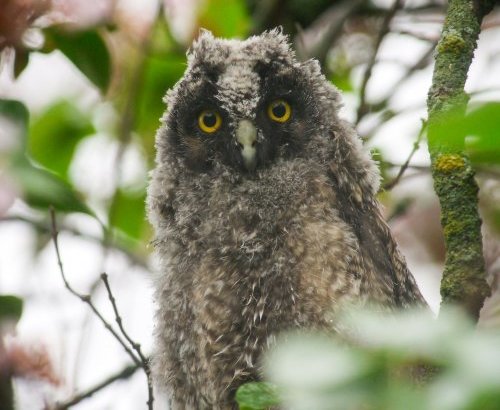 Volunteers have set new records for birds not documented in the previous atlas survey, including:

Kim Kreitinger, president of the Wisconsin Society for Ornithology, one of the organizations behind the survey, says now is a great time to join the effort because the migration is winding down. Aside from shorebirds, most of the birds you see here in June and July are birds that nest in Wisconsin, so volunteers don't have to sort out which are migratory birds headed to or from Canadian nesting grounds.

"It's safe to assume that the vast amounts of songbirds you encounter are on their breeding territories. Understanding the places they frequent, the habitats they use and the times of year in which they raise young are critical to conserving them," Kreitinger says.

A new Breeding Birds and Summer Mothers feature on the DNR website showcases pictures of many of the breeding birds people will see this summer and also some that organizers are particularly keen on learning how they're faring since the first Wisconsin Breeding Bird Atlas was done in the 1990s. The web feature also contains links to wsobirds.org/atlas, where people can learn about volunteer opportunities and find a link to the data entry portal.

Volunteers look for and document breeding behaviors of birds, everything ranging from a male singing a courtship song to a pair building a nest to a mother feeding her young. The survey seeks to confirm the presence and abundance of different species in every corner of the state.

Bill Mueller, director of the Western Great Lakes Bird & Bat Observatory, one of the other sponsoring organizations, says that people can volunteer for the survey according to their desire, expertise and time. Birders who know a lot of species are encouraged to sign up to survey a 3 mile by 3 mile block of land. Birders can intensively survey their block over one breeding season or spread it out over the five years.

Birders with interest but less bird identification experience or less time are encouraged to turn in individual sightings of nesting birds they see while they are outdoors hiking, biking, camping, or even while sitting in their backyard.

"The second Wisconsin Breeding Bird Atlas is critically important to help us understand how Wisconsin bird populations are changing," he says. "And, it is fun, and a great way to learn more about the natural world."

More than 1,600 people participated in that 1990s survey, and Mueller and other organizers hope more will get involved this time around. Volunteers can enter their data online using a customized atlas portal to eBird, a web-based reporting system many birders already use to keep track of their bird sightings and scientists use to harness the power of millions of birdwatchers worldwide. Such technology, along with advances in digital and smartphone cameras, also have made it easier and quicker to verify unusual observations.

In addition to WSO, DNR and the Great Lakes Western Bird and Bat Observatory, the Wisconsin Breeding Bird Atlas II is co-organized by the Wisconsin Bird Conservation Initiative (exit DNR).

The survey's use of a specialized online data entry system (exit DNR) allows volunteers, organizers and the general public to see real-time the results of the bird survey to date. Here are a few statistics as of June 1, 2015.