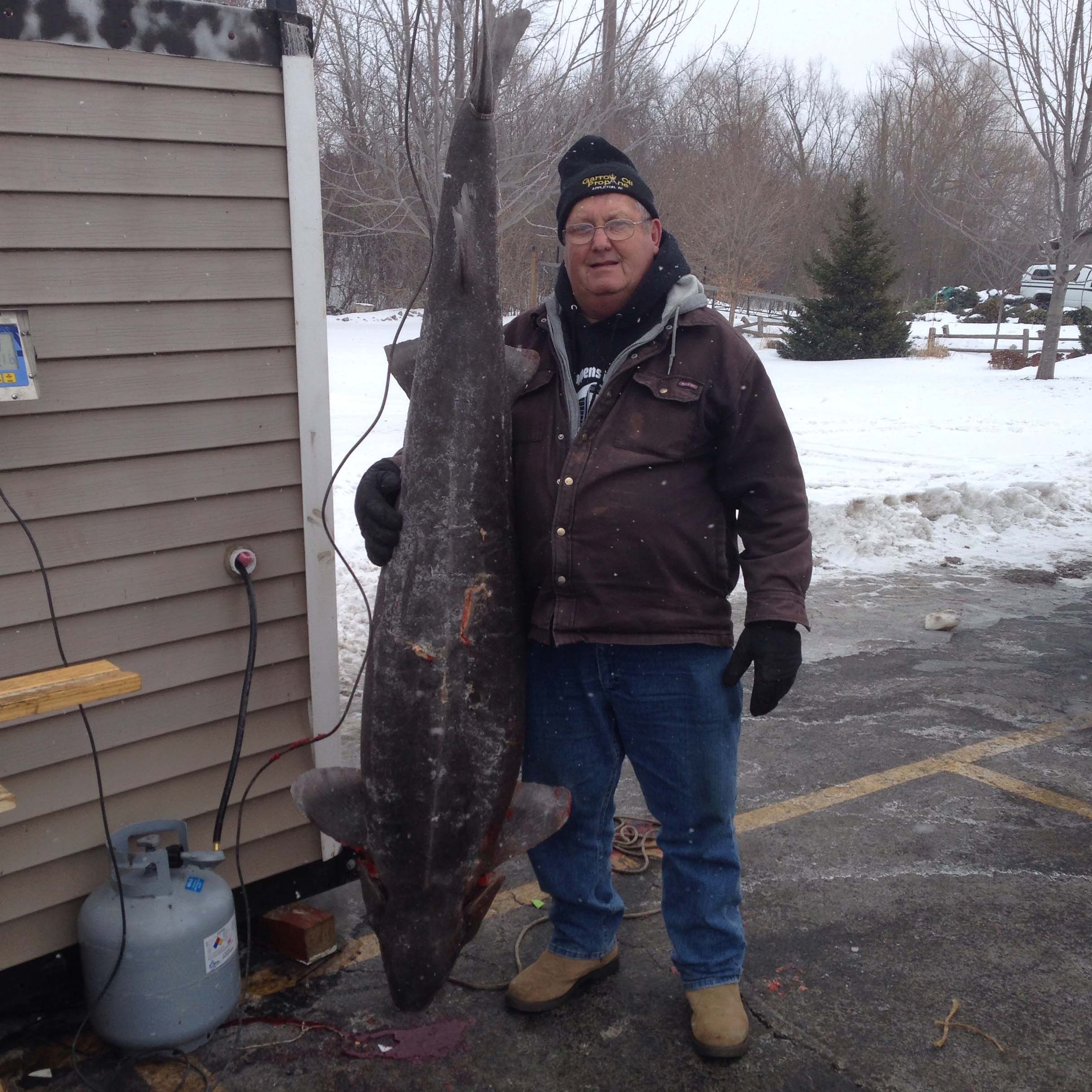 But they'll get plenty of love this Valentine's Day when sturgeon aficionados from around the world shower attention on the Lake Winnebago system as the 2015 sturgeon spearing season gets underway. In fact, sturgeon spearers will begin demonstrating their devotion to the majestic fish starting Feb. 12 and 13 when they cut large, rectangular openings in the ice of Winnebago system waters and move their shanties into place.

"Water clarity is the best predictor of spearing success and 2014 brought the best clarity conditions we've had in five years," said Ryan Koenigs, senior fisheries biologist for the Wisconsin Department of Natural Resources. "Water clarity this year looks even better, so based on current conditions, we are expecting a relatively short, busy and successful season. But realistically, spearers love to be out where the fish are and they'll be happy regardless of season length."

Guided by rows of old Christmas trees that local fishing clubs set up to aid navigation on the lake ice, the spearers are expected to use more caution than ever this year as they venture out with a variety of vehicles in pursuit of their beloved quarry. DNR law enforcement officials warn that ice is never safe and despite its apparent thickness in most places, fluctuating temperatures and windy conditions occasionally cause heaves that leave the surface buckled and potentially weak.

Yet for the lucky holders of the 13,134 licenses purchased for spearing this year, Koenigs said the 2015 season offers particular reason for optimism. DNR carefully monitors the sturgeon population and thanks to continued strong reproduction and prudent management, this year's harvest cap for adult female sturgeon has been raised to 878, up 6 percent from 828 a year ago. For adult males, the harvest cap increased to 1,250 from 1,200; for juvenile females the cap is up to 430 from 400 a year ago.

To reach the legal harvest size of 36 inches, the fish that are taken will be at least 10 years old, while fish at the 100 pound mark are at least 45 years of age. In 2014, a record 106 fish weighing 100 pounds or more were taken. The largest sturgeon registered was a 161 pound, 77.1 inch fish taken by John Skahen and registered at Quinney on the Eastern shore of Lake Winnebago.

So, what do spearers do with a 100 pound fish once they've landed it and completed registration at one of DNR's 11 check-in stations? While some cooking websites boast of grilled sturgeon accompanied by citrus-infused chili sauce and others talk of pan frying sturgeon nuggets, many families in the Oshkosh area will smoke their fish, Koenigs said. The firm texture of the flesh and marbling of fat that runs throughout make smoked sturgeon a delicacy.

"Many of the families that participate have done so for generations and everyone has their own sturgeon spearing traditions," Koenigs said. "We're pleased that sound, long-term management of the fishery has produced so many social and economic benefits for the region. There are definitely many reasons to love sturgeon."