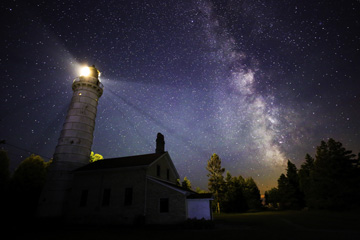 Erickson, along with Andrew Jalbert of Monona and Philip Schwarz of Menomonie, won second place for their photographs.

This year's winning photos will be featured in the 2014-2015 sixteen-month calendar that DNR's Office of the Great Lakes will give out at the 2014 Wisconsin State Fair in West Allis, July 31- Aug. 10, 2014, according to Jo Temte, the Great Lakes office water specialist who coordinates the contest.

Steve Galarneau, who directs DNR's Office of the Great Lakes, called the number and quality of photos submitted "amazing."

"We are thrilled with the overall participation in the contest and enjoy seeing so many photographers return year after year," Galarneau says. "Their love for the Great Lakes shines through in their images and in the stories they share about how they got those images and what they mean to them."

A video of the winning photos can be viewed now on WIDNRTV, DNR's YouTube channel, and their photos will be featured in a calendar available this summer at the Wisconsin State Fair.

DNR also coordinates a Wisconsin's Great Lakes Writing Project and this year received 15 submissions, which also can be found on the Office of the Great Lakes website. Writings by Patricia Williams of Iola, Karen Gersonde of Milwaukee, and Annette Clark of Reeseville will be featured in this year's calendar.