AVIAN CHOLERA IDENTIFIED AS CAUSE OF CORMORANT MORTALITIES NEAR GREEN BAY

To Help Prevent Spread of Avian Cholera, which Does Not Affect Humans, DNR Asks Public to Report Mortality Events of Five or More Birds 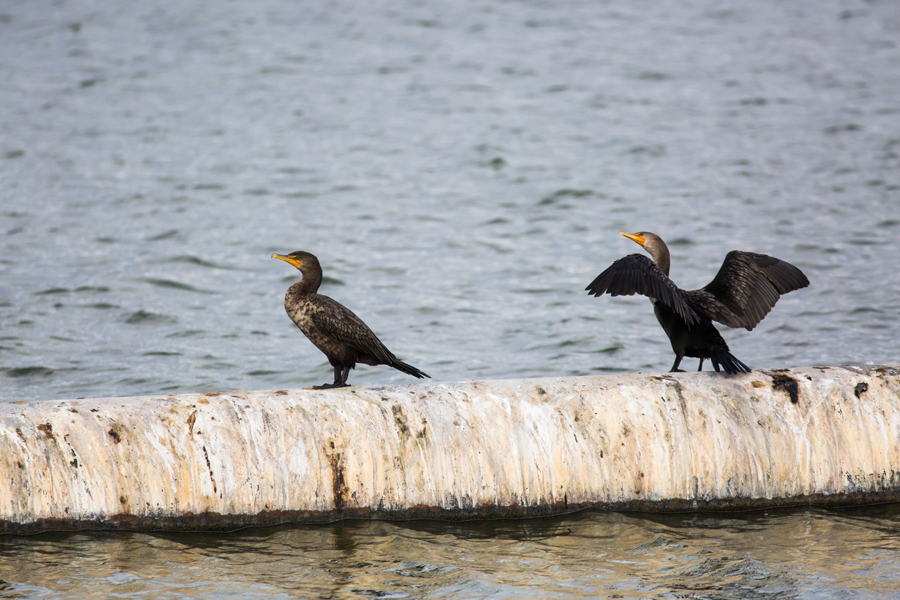 GREEN BAY, Wis. - The bacterial disease avian cholera has been identified as the source of double-crested cormorants dying in Green Bay.

In late September, avian cholera was confirmed in double-crested cormorants submitted for necropsy to the USGS-National Wildlife Health Center in Madison. These cormorants were collected from the Cat Island causeway in Green Bay.

Avian cholera is a common waterfowl disease that most frequently affects waterfowl and coots. Scavenger bird species and other water birds can also be affected. It is seen annually in western states in snow geese and Ross's geese.

Avian cholera is caused by the bacterium Pasteurella multocida and is highly contagious among birds, swiftly spreading through large congregations of waterfowl. Transmission of the bacteria can occur through bird-to-bird contact or from contact with infected carcasses, water, soil, boots and equipment. The bacteria are easily killed with most disinfectants, including 10% bleach.

Generally, the first sign of an outbreak of avian cholera is the discovery of many dead birds. Because the carcasses are a source of further infection, carcass removal may be necessary to reduce the impact. In an initial effort, Wisconsin Department of Natural Resources staff and partners removed more than 1,500 dead birds  from the landscape.

Avian cholera has not been detected outside of Green Bay at this time; however, the mortality event is ongoing, and bird movements associated with fall migration increase the risk of the bacteria being moved to a new location.

"The Wisconsin public plays a vital role in monitoring our wildlife populations in the state, and we are appreciative of their diligence in informing our biologists of any unusual mortalities they find," said DNR Wildlife Veterinarian Lindsey Long. "Should citizens observe any unusual mortality events of waterfowl, typically involving five or more birds, we ask that they contact their local county wildlife biologist."

Wisconsin has not had an outbreak of avian cholera in wild birds since 1980, though reports of this disease in domestic backyard birds occur more regularly in the state. The bacterial strain that affects birds does not generally affect people, and the human disease known as cholera is not the same as avian cholera.

To report dead waterfowl, please contact a county wildlife biologist. Please be prepared to identify the specific location where the carcasses were seen and their approximate numbers.