One rare bloom last reported near Boscobel in 1884

MADISON - A rare, beautiful blue bloom last reported in Boscobel in 1884, a tripling in the number of rare plant populations checked on, and a decline in statewide populations of the delicate lady's slipper orchid are among discoveries made by volunteers and shared in the recently released Rare Plant Monitoring Program annual report for 2017 [PDF] (exit DNR).

The volunteers, trained by Department of Natural Resources Rare Plant Monitoring Program coordinator Kevin Doyle, are deployed to check up on many of the 5,000 reported populations of Wisconsin's rarest plants.

Wisconsin has 2,366 native plant taxa and about 14 percent of the species are endangered, threatened or special concern, meaning their populations are low or declining.

Returning and newly trained volunteers will head into the field soon and will build on the foundation laid down by last year's record-setting crew.

"2017 was a great year for rare plant protection in Wisconsin," says Doyle, a botanist with DNR's Natural Heritage Conservation Program. "More people got trained and volunteers submitted more rare plant surveys than ever before, giving us current information that helps guide our management of State Natural Areas and other public lands where many of these plants are found." 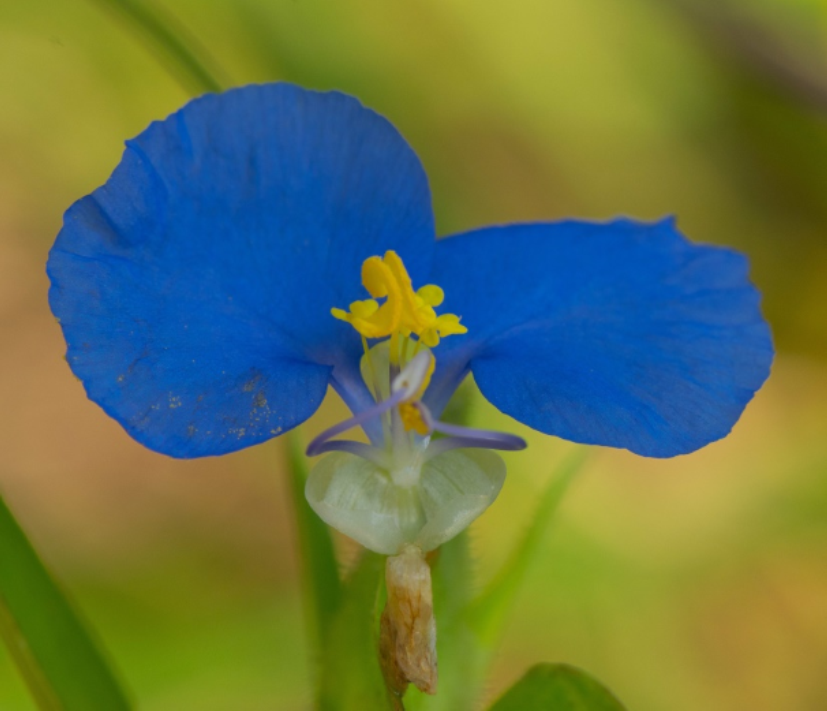 Volunteer Josh Mayer relocated a population of dayflower near Boscobel that had not been seen since 1884. Photo credit: Josh Mayer

Volunteer Josh Mayer found a population of narrow-leaved dayflower, a plant last reported from the Boscobel area in 1884. It's possible people have seen the plant in intervening years but no one has reported it to DNR, Doyle says. There are fewer than 10 populations of the species in Wisconsin. 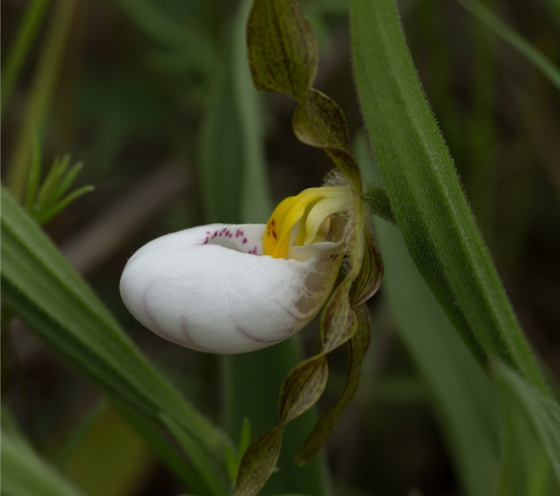 Not all volunteer finds in 2017 were good news, however. Volunteers took part in a targeted effort to visit as many populations of a single rare plants species - white lady's slipper -- as possible to assess its statewide status. Volunteers reported a statewide decline of roughly 33 percent and few populations in good health. Neighboring states conducting similar searches for the same plant have not seen the same downward trend, Doyle says.

"This year's surveys revealed a concerning trend," he says. "Thanks to the volunteers' efforts, however, we now have good updated information for public land managers so they can plan future management to better protect and sustain these rare plants."

Learn more about the Rare Plant Monitoring Program (exit DNR) and how to join in the search for the 2018 species of the year, goldenseal. To help support rare plant monitoring in Wisconsin, donate to the Endangered Resources Fund.