STEVENS POINT, Wis. -- A University of Wisconsin-Stevens Point Dean of the College of Natural Resources who served for 11 years on the state Natural Resources Board is among three new members who will be inducted into the Wisconsin Conservation Hall of Fame this year. 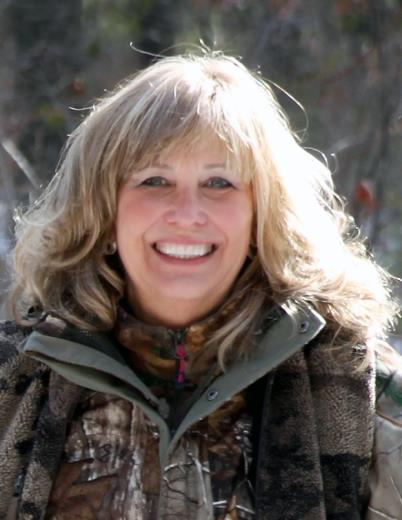 Christine Thomas, along with Hugh Iltis, a distinguished UW-Madison professor of botany, and Milly Zantow, a pioneering recycling advocate for Wisconsin, will be inducted into the Wisconsin Conservation Hall of Fame during a ceremony on Earth Day, Saturday, April 22.

"Christine has been a tireless advocate for sound management of Wisconsin's natural resources," said Department of Natural Resources Secretary Cathy Stepp. "While serving on the Natural Resources Board, she was a strong voice for listening to the will of the people when implementing measures to carry out that management."

In 1991 Thomas founded the Becoming an Outdoors-Woman, or BOW, program, now offered nationally, to promote the involvement of women in outdoor activities and conservation efforts.

The induction ceremony will be held at 10 a.m. Saturday, April 22, at Sentry Theater in Stevens Point. A coffee reception at 9 a.m. will precede the ceremony and a luncheon follows at 12:30 p.m. at the nearby Sentry World Center. The ceremony will include tributes by invited speakers and presentation of recognition plaques that will be displayed in the hall of fame visitor center in UW-Stevens Point's Schmeeckle Reserve.

Thomas has been Dean of the College of Natural Resources since 2005. In addition to serving on the Wisconsin Natural Resources Board she has held leadership and advisory positions with national conservation organizations and governmental agencies.

Iltis and Zantow are both being inducted into the hall of fame posthumously.

In the 1960s, Itlis co-founded the Nature Conservancy in Wisconsin, joined fellow citizen activists to ban DDT, and promoted all aspects of environmental quality. He is recognized internationally for his efforts to protect biosphere reserves in Mexico and South America and the discovery of rare plant species.

Zantow helped launch the Recycling Revolution in Wisconsin and the nation. In 1979 she co-founded the E-Z Recycling Center in Sauk County, one of the first in the nation. Working with communities, lawmakers, and the plastics industry, she helped invent the "Recycling Triangle," a system now used globally to identify different plastics. She also contributed to establishing the 1990 Wisconsin Recycling Law.

The induction ceremony and coffee reception are free and open to the public. Reservations for lunch are $25 per person and may be made online with Eventbrite at http://bit.ly/WCHF2017 (exit DNR) or by calling Schmeeckle Reserve at 715-346-4992.

More information about the Wisconsin Conservation Hall of Fame is available on their website www.WCHF.org and additional details about the inductees and ceremony are available in a WCHF news release http://bit.ly/2njrx3A [PDF] (both links exit DNR).