MADISON -- The Wisconsin Department of Natural Resources stocked a record number of extended growth walleye fingerlings in key Wisconsin waters in 2016, even as fish from the initial year of the Wisconsin Walleye Initiative are expected to begin reaching harvest size this year.

In all, 797,815 of the 6- to 8-inch extended growth walleye were stocked in 150 Wisconsin waterbodies in 2016, up from the 760,969 fish stocked in 133 waters in 2015, said Dave Giehtbrock, DNR fisheries culture section chief. Gov. Scott Walker's proposed 2017-2019 biennial budget continues funding the Wisconsin Walleye Initiative at current levels for both years. 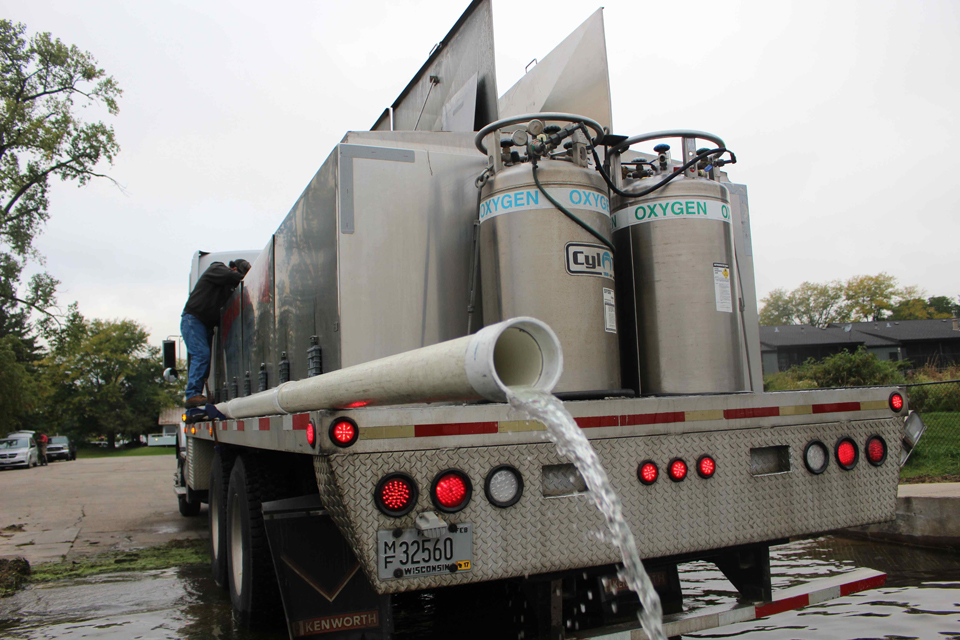 Lake Mendota was among 150 waters statewide to receive extended growth walleye fingerlings as part of the Wisconsin Walleye Initiative in 2016. The 6 to 8 inch fish survive better in some lakes to contribute to the recreational fishery.
Photo Credit: DNR

"We appreciate the vote of confidence in our program and the continued support for this important effort to restore and sustain Wisconsin as a premier walleye destination," Giehtbrock said. "This year, anglers can look forward to catching some of the 455,307 large fingerlings we stocked in 2013 with harvest opportunities increasing as more fish reach legal size in the years ahead." 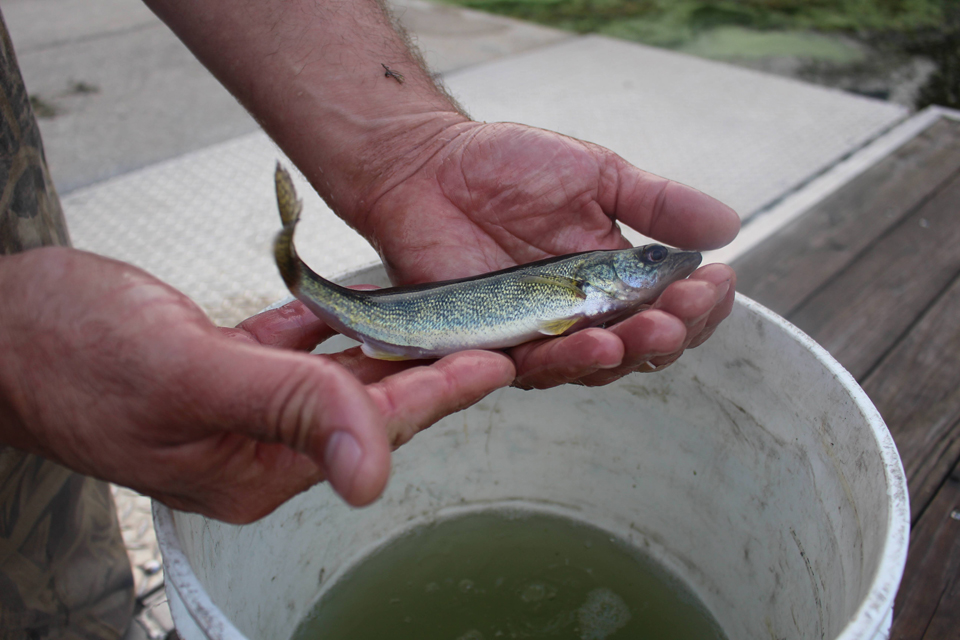 Through the years, the number of lakes that are stocked with the larger fish has varied depending on the size of the waters and number of fish available. Lakes are stocked on a rotating basis and some lakes require a larger number of fish to reach the standard rate of 10 fish per acre needed to support a good recreational fishery. For example, Lake Mendota received 98,077 fish in 2016, none in 2015 and 97,751 in 2014.

Walleye are a favorite quarry for Wisconsin anglers and boost the economy by driving expenditures for lodging, dining, retail purchases, guided trips and tournament participation among other things. Wisconsin remains one of the top three fishing destinations in the U.S. with resident and nonresident anglers generating an economic impact of nearly $2.3 billion per year, according to the American Sportfishing Association.

"Modernization of these facilities contributes to the efficiency of our stocking program with enhanced fish health and better outcomes for anglers," Hasz said. "The improved facilities are functioning well and helping us get these young fish off to the best possible start so that anglers can enjoy great walleye fishing for years to come."