STURGEON BAY, Wis. - Starry stonewort, an aquatic invasive species, has been verified in the Sturgeon Bay Channel in Door County.

It is the first confirmed discovery of the invasive macroalgae in Lake Michigan and the first occurrence in the state outside of six southeastern Wisconsin lakes. 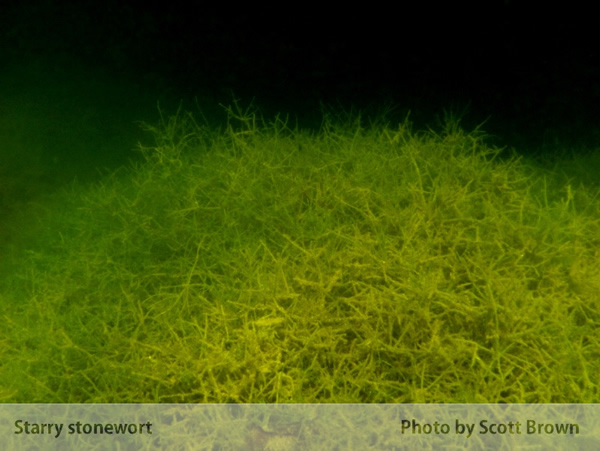 The population was discovered during routine aquatic plant monitoring survey by a lake management contractor for the city of Sturgeon Bay. The contractor provided photos and live specimens to the Wisconsin Department of Natural Resources and invasive species staff confirmed the finding through a verification process involving staff and independent experts from the New York Botanical Garden.

"Given Sturgeon Bay's popularity as a destination for recreational boaters and anglers from across the region, starry stonewort has the potential to spread to many new lakes," Wakeman said. "All boaters have the ability to stop the spread of invasive species by removing plants and draining water before leaving the boat landing."

To help communities respond to this new threat and other aquatic invasive species, DNR can provide grants of up to $25,000 to start Clean Boats, Clean Waters watercraft inspection programs and fund management actions for recently discovered pioneer populations. Clean Boats, Clean Waters programs often use community volunteers to serve as watercraft inspectors at local boat launches. DNR also encourages citizens to become engaged in the Citizen Lake Monitoring Network, which provides access to training from lake experts from across the state.

Starry stonewort was first discovered in the U.S. in the St. Lawrence River in 1978 and has been documented in portions of the eastern Great Lakes as well as various inland lakes in Michigan, Indiana, and Minnesota. It was discovered in Wisconsin 2014 and has negative effects similar to other invasive aquatic plants, including clogging waterways and outcompeting native plants.