MADISON- The United States and Canada will celebrate the 100th anniversary of the signing of the Migratory Bird Treaty Aug. 16 - this historic agreement established bird protection measures across state and international borders.

The Migratory Bird Treaty Centennial recognizes the continued value of birds to nature and society. Birds help pollinate plants, disperse seeds, control insects and rodents, and keep natural communities diverse and healthy. They serve as important cultural icons, add song and color to the world, and provide hunters and wildlife watchers with countless hours of recreation. In doing so, birds help support jobs and recreational spending that contributes billions of dollars in revenue to the economy each year.

The Migratory Bird Treaty was the first of its kind to protect birds across migratory routes encompassing multiple states and provinces. The treaty halted trade in bird meat and feathers and established a framework for legal hunting seasons, joint conservation efforts, and research. The centennial brings together those who have contributed to bird conservation, and inspires efforts to protect migratory birds for the generations to come. 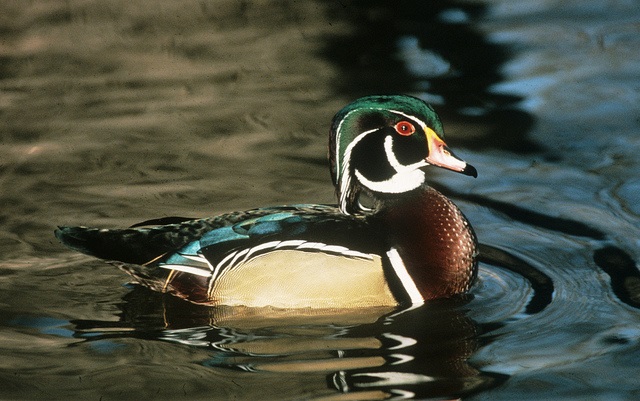 2016 marks the 100th anniversary of the signing of the Migratory Bird Treaty.
Photo Credit: Herbert Lange

Today, the Migratory Bird Treaty connects federal, state, private, non-governmental, tribal and international partners, who share a long, successful history of conserving, protecting, and managing migratory bird populations and their habitats. Thanks to these efforts, previously imperiled species such as wood ducks, great egrets, bald eagles and eastern bluebird populations in Wisconsin are on a successful path to recovery.

The centennial is one of the featured topics at this year's Wisconsin Bird Conservation Initiative [EXIT DNR]Annual Meeting in Rothschild Oct. 27-29. The overall theme of the meeting, "Protecting Birds through Action and Art," brings together bird conservation partners and Bird City Wisconsin representatives to address threats to birds and art's influence on bird conservation. To attend this meeting, register online by Oct. 11 at http://wsobirds.org/wbci-annual-meeting-2016 [EXIT DNR].

Celebrating the centennial is as easy as spending time outside in search of birds, attending one of Wisconsin's bird-related events or teaching someone new about birds, birding or bird hunting.

To learn more about Treaty impacts and how you can participate in the centennial, visit dnr.wi.gov, keyword "bird treaty."