MADISON -- With the spring breeding season starting for many Wisconsin turtle species, Department of Natural Resources conservation biologists are asking citizens to submit their observations of where turtles and other wildlife are crossing roads, as well as where they're seeing turtle carcasses. 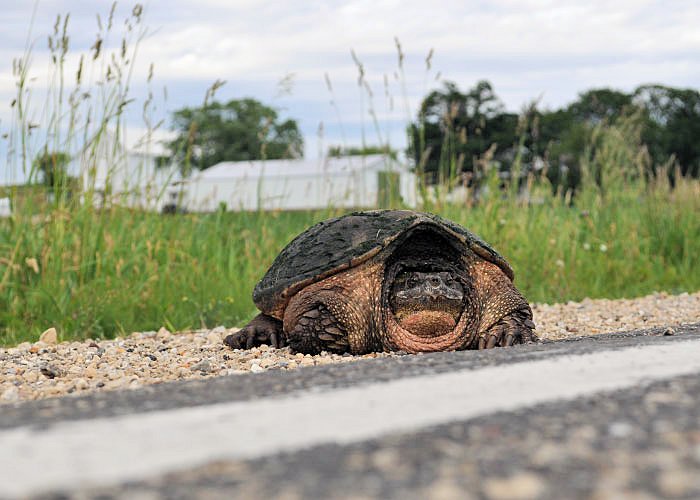 Crossing roads is one of the highest causes of turtle mortality,
Photo Credit: DNR

"We are getting roughly 300 volunteer reports of turtle sightings/road crossings per year in Wisconsin. These reports help identify problem areas and promote collaboration in future attempts to address them," says Andrew Badje, a DNR conservation biologist who coordinates the Wisconsin Turtle Conservation Program.

All Wisconsin turtles lay their eggs in nests in uplands and female turtles getting run over while trying to cross to nesting areas is considered one of the leading causes of declining turtle numbers in Wisconsin.

The loss of even one adult female turtle can have a large effect on future population numbers, especially in isolated populations or in species like the wood turtle that can take from 12 to 20 years to reach reproductive age, Badje says.

Information concerned citizens submitted about turtles crossing a stretch of Highway 66 in Potage County led to measures that allow turtles to safely cross from a wetland on the north side of the highway to the south side where they lay their eggs being incorporated into a resurfacing project this summer.