MADISON - The Department of Natural Resources has announced that Ben Bergey, a 20-year agency veteran, has been appointed as director of the Wisconsin State Parks Program. 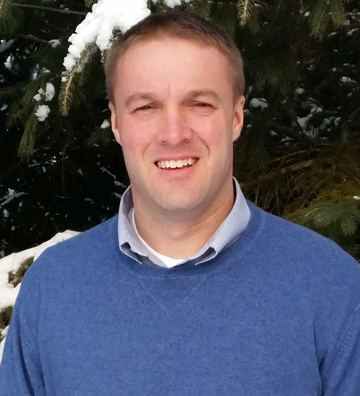 "Ben brings a wealth of experience in the state parks program and a passion for the parks and natural resources of the state," said Sanjay Olson, administrator of the DNR Division of Fish, Wildlife and Parks.

Bergey began his career with the Wisconsin State Parks and Recreation Program in 1996 as a limited-term employee at Cadiz Springs Recreation Area. After completing a degree in natural resources at the University of Wisconsin-Madison in 1999, Bergey was hired as a full-time ranger at Lake Kegonsa State Park. In 2006 he was promoted to the assistant superintendent at Peninsula State Park, and from 2007 to 2013 he served as property supervisor for the Copper Falls Work Unit. In June 2013, Bergey was appointed district supervisor for the parks program, covering parks, trails, and recreation issues in 32 counties in northwest Wisconsin.

As director of the DNR Bureau of Parks and Recreation, Bergey will be responsible for oversight of more than 100 state properties, including parks, southern state forests, recreation areas and trails, hosting more than 15 million visitors a year.

"Ben values the program's talented and dedicated staff and has a gift for building relationships with staff, partners, and customers," Olson said.

"I'm looking forward to this exciting opportunity to work with this very talented team to lead the program into the future," Bergey said.

With his wife and four children under the age of 9, Bergey especially enjoys outdoor pursuits that can be shared with family and says he knows first hand how important the state's parks and other recreational properties are to residents and visitors to the state.