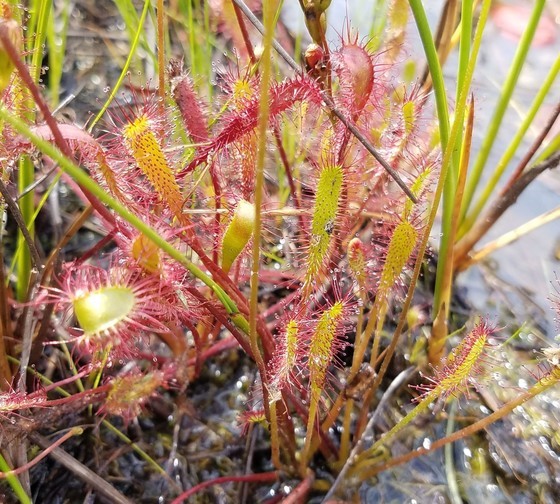 MADISON, Wis. - A rare carnivorous plant last documented in Ashland County along with 59 never-before-seen populations of other rare plants in Wisconsin are among discoveries made by volunteers of the Wisconsin Department of Natural Resources' Rare Plant Monitoring Program last year. Their discoveries are featured in the program's recently released annual report.

Wisconsin has 2,366 native plant species and 344, or 14.5% of the total, are considered rare, meaning they are listed as endangered, threatened or special concern. Sixty trained volunteers dispatched to locations around the state last year submitted over 250 reports of rare plants they found, including 59 populations in areas of Wisconsin where they have not been documented before.

"This is the most productive year we've ever had from the standpoint of volunteers finding rare plants in new locations," said Kevin Doyle, a DNR Natural Heritage Conservation botanist who coordinates the program. "These new discoveries are very exciting. They help increase our understanding of the number and locations of rare plant species so we can better monitor and protect them."

Since 2013, the Rare Plant Monitoring Program coordinated by DNR's Natural Heritage Conservation Program has trained and sent volunteers to check on the health and size of rare native plant populations. In fact, the volunteer program is the largest source of rare plant data in Wisconsin and unique in the Midwest for its breadth of surveys statewide.

"The information these trained volunteers collect for us is critical for understanding how rare plant populations are doing in Wisconsin and informs our next steps like research projects or management action to sustain these rare plants," Doyle said.

Some rare plant populations observed by volunteers last year included English sundew (Drosera anglica), an insect-eating plant seen for the first time in 40 years in Ashland County as a result of good teamwork by RPMP volunteer Don and Judy Evans and the Northland College students of Dr. Sarah Johnson.

Volunteer surveys in the last year have also given the DNR a better understanding for how prairie turnip (Pediomelum esculentum), a rare legume confined to high-quality prairies, is doing in Wisconsin. Unfortunately, populations have dwindled as its habitat is neglected and degraded and the species is now regarded as imperiled.

Information RPMP volunteers have collected in past years documenting declines has spurred DNR efforts to reverse those trends. Projects include efforts to hand-pollinate rare eastern prairie white fringed orchids to boost genetic diversity and population survival, to collecting seed from some of Wisconsin's rarest plants for long-term storage and working with local nurseries to grow federally listed plants like the northern monkshood to reintroduce to the wild.

"These efforts to address biodiversity declines can occur only because our team of rare plant monitors collect the information that tells us where to direct our efforts," Doyle said.